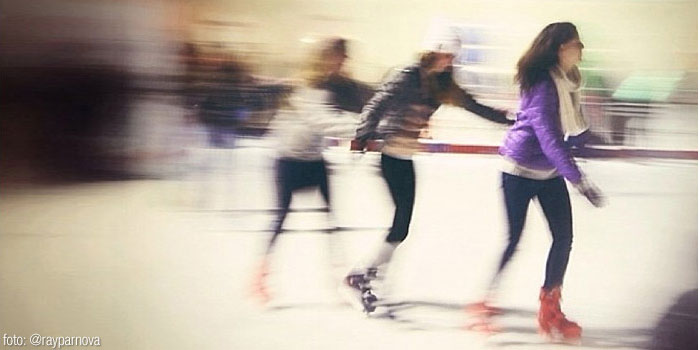 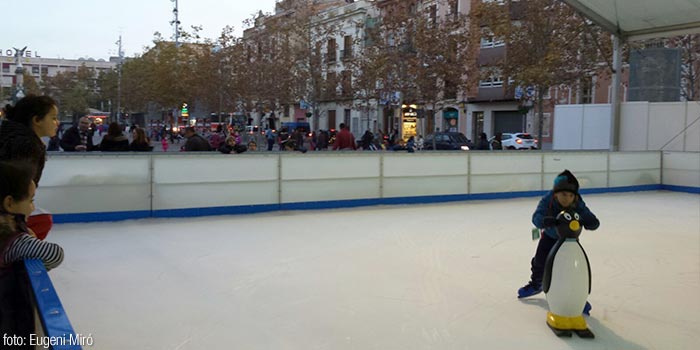 
If you're looking for a fun activity to do with children over Christmas, try taking them ice skating. Do some exercise while enjoying a new experience; you'll have a whale of a time! What's more, you'll have no trouble finding a good ice skating rink close to where you live. Many towns and cities in the regions of Barcelona use these facilities to create a Christmas spirit and bring in shoppers.

1. An ice paradise in Manlleu

Plaça Fra Bernadí, a large porticoed square in Manlleu, is a wonderful setting for any activity but becomes a truly magical one when an outdoor ice paradise is installed there: a 650 m2 skating rink for the most daring, a 100m2 rink exclusively for small children and a triple slide for sledges. And it's open until early January! Just bring a pair of gloves and be ready to have a good time; the rental of the sledge and skates is included in the price of admission.

2. Ice skating for a good cause in Vilafranca del Penedès

In Catalonia, only the ice skating rink in Manlleu has been around longer than the one in Vilafranca del Penedès. This Christmas, the rink has organised a toy collection campaign in conjunction with the Red Cross, a gesture which is very much appreciated in the current economic climate.

Another very popular ice rink is the one that has been installed this year in the La Farga shopping centre in L'Hospitalet de Llobregat. It's especially popular among young people, who love to show off their skills at such a large venue: with a surface area of 1600 m2 this indoor rink is one of the biggest in Europe.

4. The Skating Club in Barcelona, a classic among classics

In Barcelona, ice skating enthusiasts have the opportunity to skate all year round at the Skating Club on Carrer Roger de Flor. When it comes to ice rinks, the Skating Club, established in 1974, is a classic among classics, with a very special décor and an atmosphere all of its own that permeates the entire facilities, from the icemaker to the bar. It doesn't matter whether you're an expert or a beginner; you'll love it here!

Another classic attraction in Barcelona. The Olympic-sized FC Barcelona Ice Rink is open 365 days a year. This fantastic Christimasy activity to be enjoyed with family and friends also gives you a great workout: ice skating is considered one of the most complete sports since it exercises every part of the body. The FC Barcelona amateur ice hockey and figure skating teams train at this rink.