The historic centre of Manresa 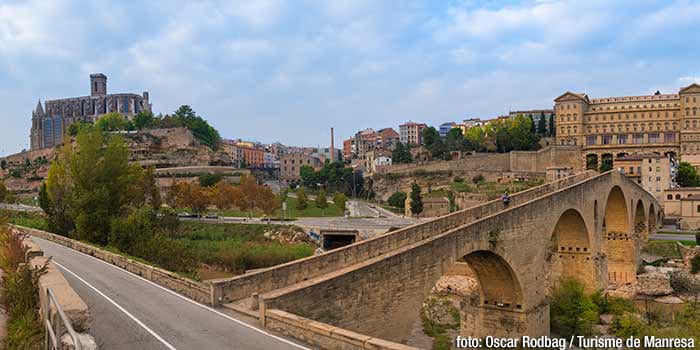 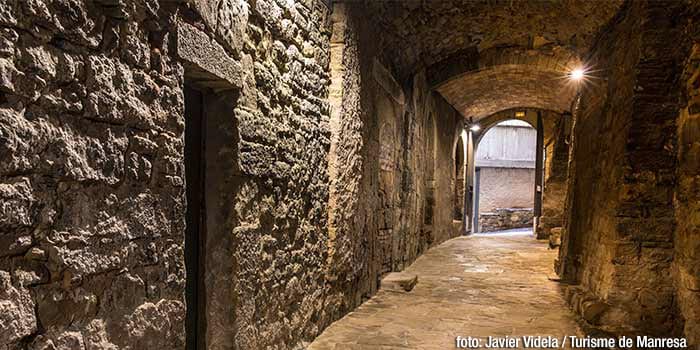 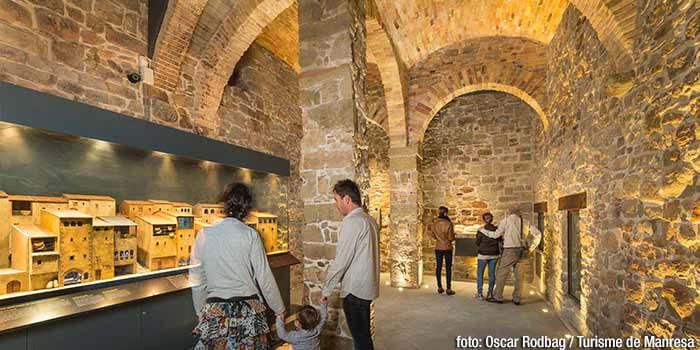 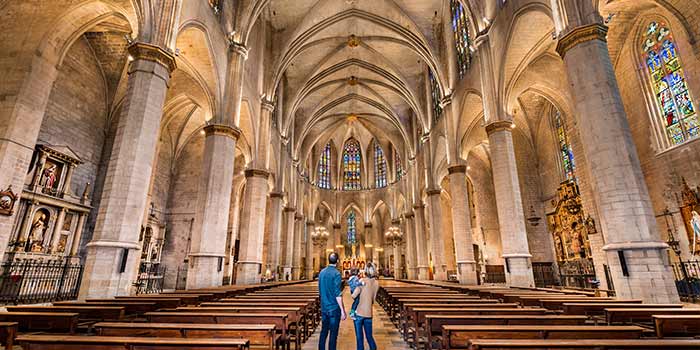 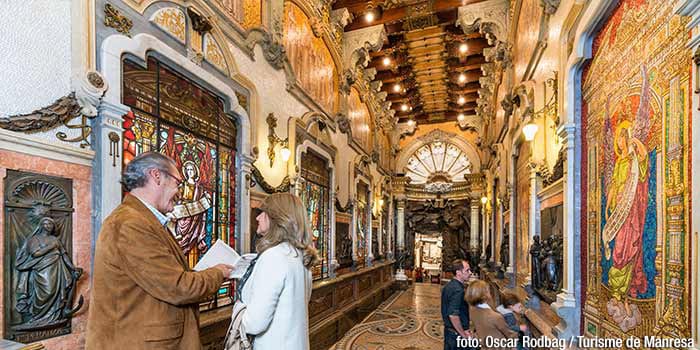 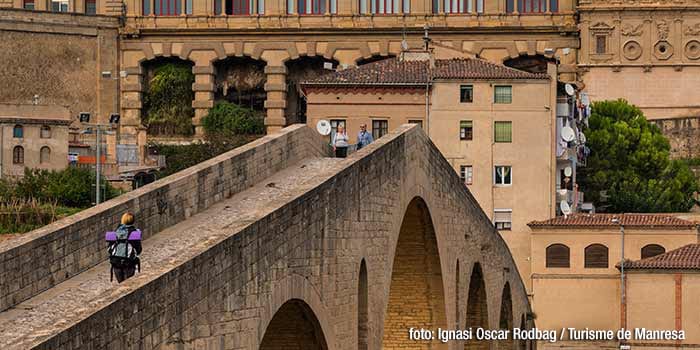 
With over 1,000 years of history, Manresa has accumulated an important cultural heritage which ranges from the remains of its walled enclosure to its Gothic basilica and modernist houses. To learn about its medieval past, the remarkable street of singular carrer del Balç is a magnificent starting point.

Narrow, covered, winding and made entirely of stone, it transports visitors to the 14th century and offers them a singular experience as it is the only street in Manresa which is cut directly into the rock. Besides this, it also runs between the lower levels of the streets above the Plaza Mayor, which can also be accessed from Carrer Sobrerroca. This situation is at the heart of the myth of the subterranean city, with passages connecting this area to the Tower of Santa Caterina, a legend that gives the street an aura of personality to this day.

To really immerse yourself in the atmosphere of the Middle Ages, there is an interpretation centre for the Carrer del Balç in one of its ancient mansions. The centre has a multimedia installation that tells the story of this singular historic site and uses the narration of a visit by king Pere III el Cerimoniós to give visitors an impression of what Manresa was like in the 14th century.

The centre of Manresa has many more medieval remains for those who know what to look out for. For example, entry to the Carrer d’en Botí from Carrer Sant Miquel requires you to pass under a Gothic arch. The room above the arch still retains a window of two lights, a detail that makes this part of the city even more special.

The Torre del Portal de Sobrerroca is another interesting reminder of Medieval times Standing at the start of Carrer Sobrerroca, it was a key element of the city's defensive wall and is one of the few military structures to have survived. In fact, it is the only one of the city's watchtowers that remains standing. Built in the 12th century, it formed part of the second ring of walls and was accompanied by a twin tower, connected by the high arch, which constituted the Sobrerroca Gate.

A more recent addition has become one of the symbols of Manresa: the Basilica of La Seu, built on hill of Puigcardener. Although there is evidence that this was the site of an earlier religious building in the 9th century, and a Romanesque church in the 12th century, the Basilica we see today was not raised until the 14th century, to a plan drawn up by the architect Berenguer de Montagut. Considered one of the finest examples of the Catalan Gothic style, it is an essential visit, as is the Museo Comarcal of Manresa, which has an impressive collection of 14th century pottery (www.museudemanresa.cat/ceramica), among other items.

In the medieval period, Manresa became a residence for the local nobility, including dynasties such as the Peguera family. Nobles and wealthy townsfolk lived along the Carrer Sobrerroca, which was then considered the main thoroughfare of the city. The Carrer del Balç in contrast, was where the commoners and artisans gathered.