How to get to Sant Cugat using sustainable transport 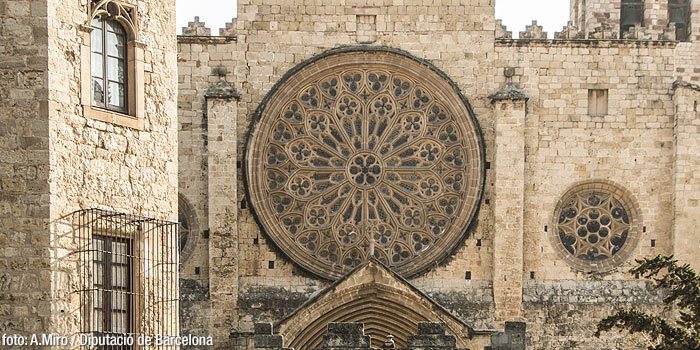 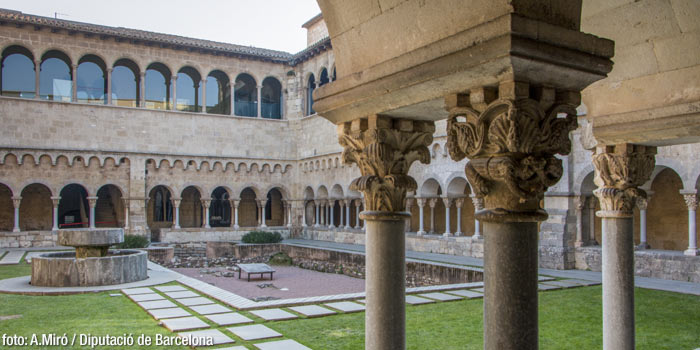 If you’re keen on nature and a healthy lifestyle, Sant Cugat is a city you should visit. But make your way there on public transport! Thanks to its strong commitment to environmentally-friendly transport and to the fact that 44% of its surface area is included in the Serra de Collserola Natural Park, this city in the Vallès Occidental region is a real paradise for those keen on nature, ecology and environmental and energy sustainability. You’ll find everything you like there, from walking trails to horse-riding routes, along with bike lanes directly connected to train stations. Come on, you’ve got no excuse... Head to Sant Cugat!

1. How to get from Barcelona to Sant Cugat using Ferrocarrils de la Generalitat, the Catalan Government rail network

There can be no doubt that the fastest and most sustainable way to get from Barcelona city centre to Sant Cugat city centre is with Ferrocarrils de la Generalitat (FGC), the Catalan Government rail network. It’s fast because the journey from Barcelona-Plaça Catalunya station to Sant Cugat only takes 25 minutes. And it’s sustainable because by travelling with FGC you’re helping to combat climate change through a means of transport doesn’t emit CO2 into the atmosphere. What’s more, your wallet will be grateful, since you won’t have to pay for petrol or the Vallvidrera Tunnel toll!

2. How to get from Barcelona to Sant Cugat using the Rodalies commuter rail network

Another option for getting to Sant Cugat without the car is the Rodalies de Catalunya commuter rail network. But bear in mind that there’s no direct line between Barcelona and Sant Cugat. First you’ll have to get a train on the R4 line terminating at Sant Vicenç de Calders, which you can do at any one of these six stations in Barcelona: Torre del Baró, Sant Andreu Arenal, La Sagrera-Meridiana, Arc de Triomf, Plaça de Catalunya and Sants. You need to change at Castellbisbal, taking one of the trains that terminate at Granollers Centre on the R8 line. The journey takes about 50 minutes altogether, including the time it takes to change trains, which varies between four and 12 minutes.

3. How to get from Barcelona to Sant Cugat on the interurban bus

The Moventis bus company operates the route between Barcelona and Sant Cugat and has two interurban lines: the A4 and the A6. The A4 bus passes approximately every 30 minutes, departing from the Fabra i Puig bus station. The journey from this station to the stop on Avinguda Lluís Companys in Sant Cugat takes around 45 minutes. The second line connects Plaça Lesseps in Barcelona to Rambla del Celler in Sant Cugat, passing along Carretera de l’Arrabassada. Although the journey doesn’t take much longer, there are only three buses per day, so it’s important to check the exact times in order to avoid a long wait.