How to get to Vic on public transport 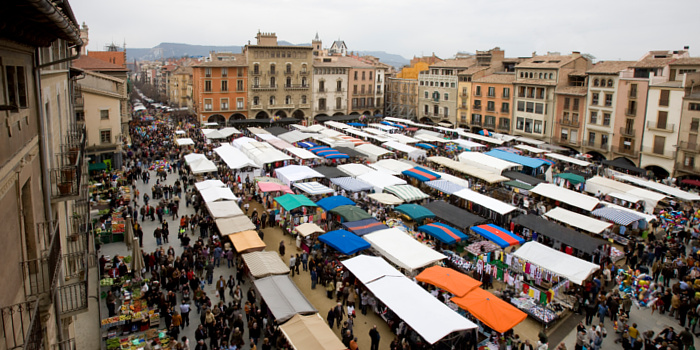 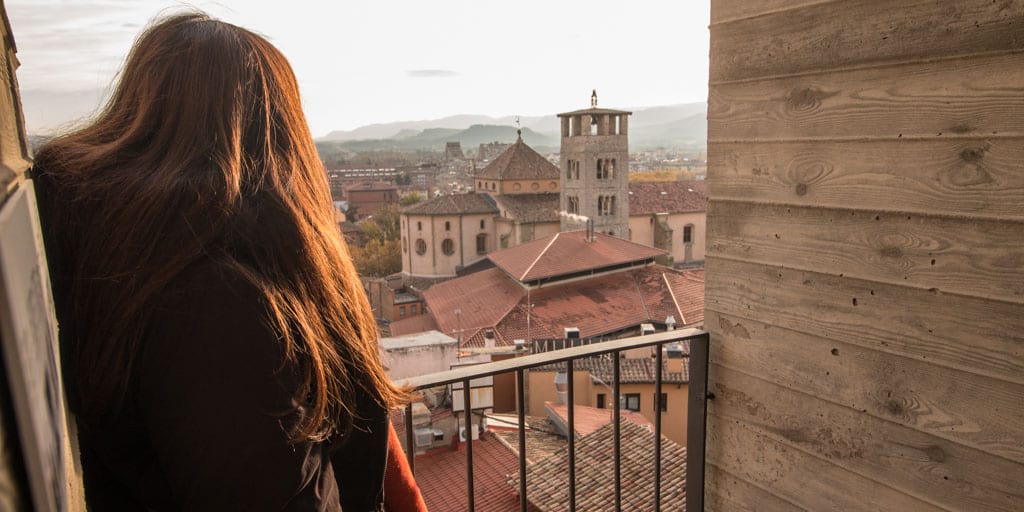 Visiting Barcelona and not going on a day trip to Vic is like visiting London and not seeing Cambridge: a real shame for several reasons but, above all, because the capital city of Osona is one of the most enchanting mediaeval cities in the regions of Barcelona. Visiting the Cathedral of Sant Pere, strolling along the alleyways of the old quarter, viewing the art collection of the Episcopal Museum, seeing the surprising 2nd-century Roman temple, and trying local culinary specialities in the Plaça Major constitute an unmissable, comprehensive tourism experience. And since the city is so well connected by public transport, you don’t even need a car to reach Vic in an hour or so. Don’t go home without exploring it!

1. How to get from Barcelona to Vic by train

Rail travel is one of the environmentally-friendly means of transport, so for peace of mind use the Rodalies de Catalunya commuter network to get to Vic! You’ll be able to forget about everything else and just concentrate on enjoying this magical city. The trains that connect Barcelona to Vic are the ones on the R3 commuter line terminating at Vic, Ripoll, Puigcerdà or La Tour de Carol. You can hop on at several stations in Barcelona: Sants, Plaça Catalunya, Arc de Triomf, La Sagrera-Meridiana and Torre del Baró. The journey takes between 70 and 80 minutes, depending on the train you take. You can see train timetables and the frequency of services on the Rodalies de Catalunya website.

2. How to get from Barcelona to Vic by bus

Would you prefer to travel to Vic by bus? The e12 line of the Sagalés company has three stops in Barcelona (Estació del Nord, Carrer de Casp and Avinguda Meridiana). The service is frequent enough to ensure you don’t have to wait too long, especially on weekdays. The journey from the Avinguda Meridiana stop to Vic bus station takes just over an hour. Vic’s Plaça Major is just over 500 metres away from the station.

3. How to go from Barcelona Airport to Vic

Would you like to go straight to Vic from Barcelona Airport? Well, you have two options, depending on the terminal you land at. If it’s Terminal 2, you’re better off going by train to Barcelona-Sants Station and, once there, connecting to the Rodalies R3 commuter line terminating at Vic, Ripoll, Puigcerdà or La Tour de Carol, since all these trains stop at Vic train station. The journey will take you approximately two hours altogether. If your plane lands at Terminal 1, take the metro in the direction of Zona Universitària, get off at Collblanc, switch to line five (L5) in the direction of Vall d’Hebron, get off at La Sagrera and, once you’re out on the street, walk three minutes to the stop of the Sagalés bus company on Avinguda Meridiana. Get on the first bus heading in the direction of Gurb and relax... In around 60 minutes you’ll be in Vic!