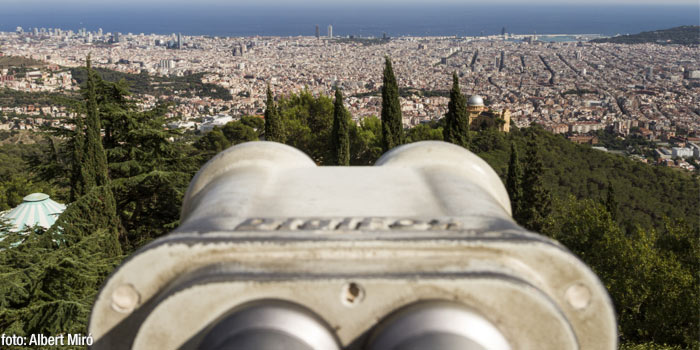 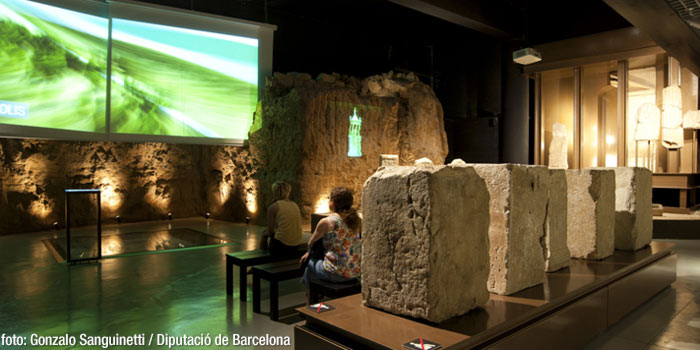 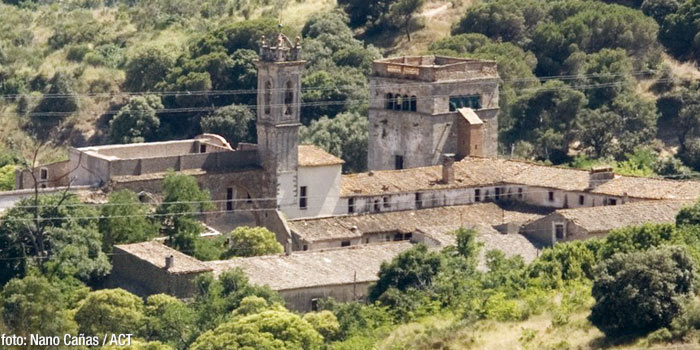 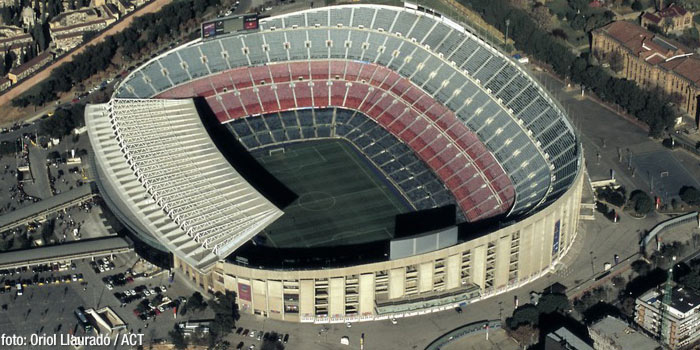 
Barcelonès is probably the most surprising region in Catalonia. It has sea and mountains, art-packed museums and sports venues that have become secular cathedrals, not to mention basilicas with a great future ahead of them and archaeological remains that recall times past. Here’s a basic guide for discovering the smallest region in Catalonia... which also happens to be the most populated!

Serra de Collserola Natural Park is as good a place as any for beginning our exploration of the Barcelonès region. From a height of 500 metres, the Camí del Cel del Tibidabo Skywalk offers the best views of the five cities that form part of the region: Barcelona, L'Hospitalet de Llobregat, Santa Coloma de Gramenet, Sant Adrià de Besòs and Badalona. You’ll be able to make out the Serralada de Marina Park, an important green area that includes the municipality of Santa Coloma. Home to the typical flora and fauna of the region, it’s very popular with local nature lovers. A little further south, in the Sant Adrià de Besòs area, you’ll see the Besós River Park, an area of reed swamps, wetlands and meadows on the banks of the Besòs River. It’s an extremely popular site with birdwatchers, since it’s on the migratory path of many bird species. And if you focus your eyes a bit you can make out the seafront: the best urban beaches in the Mediterranean stretch for over 25 kilometres. These accessible paradises are well connected and offer all sorts of services, including a Wi-Fi internet connection. They also hold the prestigious Blue Flag seal of quality.

Do you prefer culture to nature? No problem! There are plenty of places in Barcelonès for enthusiasts of art and architecture. At the Picasso Museum in Barcelona you’ll find the best collection of paintings from the formative years of the Malaga-born artist. The National Art Museum of Catalonia boasts an impressive collection of Romanesque, Gothic, Renaissance and baroque paintings. Meanwhile, at Badalona Museum, where the archaeological remains of the Roman city of Baetulo are preserved, you can find out what life was like in classical antiquity. And the Tecla Sala Art Centre in L'Hospitalet brings you right back to the present day with a ground-breaking programme not suitable for closed minds!

If sport is more your thing, you simply must pay a visit to the FC Barcelona stadium: the 99,000-capacity Camp Nou is a cathedral for lovers of the beautiful game and its museum has some real surprises in store for you. No doubt you’ll also want to explore some of the main venues of the 1992 Olympic Games in the capital city, such as the Lluís Companys Olympic Stadium, the Palau Sant Jordi and the Picornell Swimming Pools. And if you have enough time on your hands, why not attend a top sports event? A basketball match at the home of the Divina Seguros Joventut team, a baseball match at the L'Hospitalet Municipal Field or a tennis match at the Reial Club de Tennis Barcelona are three great options.

Need to get your breath back after all this non-stop activity? Pay a relaxing visit to one of the monasteries and churches in the region! In Barcelona, the Basilica of the Sagrada Família is a must-see attraction for fans of the architect Antoni Gaudí and a key work for understanding the creative universe of the Catalan modernist genius. There’s another much less well-known temple in Barcelona for tired souls, namely the Monastery of Sant Pau del Camp, an ancient monastery set right in the heart of the Raval district. Its highly distinctive arches have a strong Arab influence. Meanwhile, in Badalona, the Monastery of Sant Jeroni de la Murtra will enchant you with its perfectly preserved cloister and its beautiful refectory.