The most legendary summits 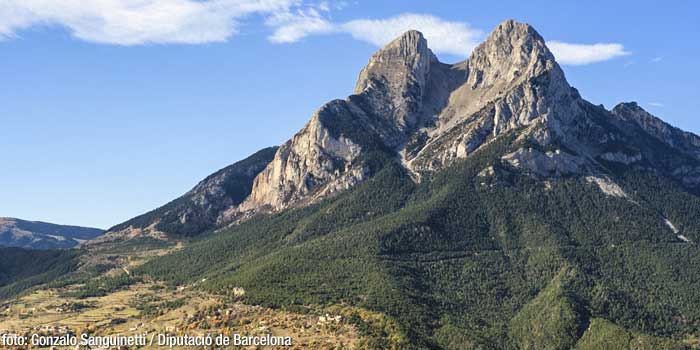 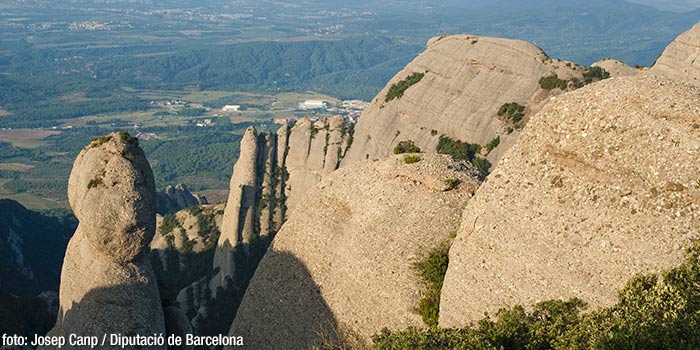 
Reaching the top of a mountain, making the summit, always brings a feeling of achievement, of crossing the line, fulfilling a goal. And if this summit is the highest in the area, or one of the best loved, or one that’s associated with legends or historic moments, then that feeling is even more intense. Here are what we believe to be the most legendary summits in the regions of Barcelona, all well worth discovering... and attempting!

When it comes to legendary mountains, we have to place Pedraforca at the top of the list. At 2,506.4 m, it’s the highest summit in the regions of Barcelona. However, what makes it so attractive isn’t so much its height but rather its peculiar shape, with two parallel ridges joined by a neck, and the fact that it doesn’t form part of any mountain range, rising majestically from the landscape. There are several routes to the summit, but bear in mind that you need to be physically prepared for the challenge.

Some say that the most legendary summit of the Montseny Massif is Matagalls; others totally refute this claim and say that it’s Turó de l'Home (1,706 m), the highest one. Les Agudes is another popular choice and some even prefer Turó de Tagamanent, which despite being a fair bit lower than the other three (1,056 m), was crowned first with a castle (by the year 945) and then by the Romanesque Church of Santa Maria, which still stands there today. We’ll just be judicious and say that each of them has its attractions and that reaching the summit is a fantastic experience already enjoyed by thousands of walkers in the Montseny Natural Park, a Mecca for hikers and declared a Biosphere Reserve by UNESCO.

All of Montserrat is legendary but its highest summit is Sant Jeroni, which stands at 1,236 m and constitutes the meeting point of three regions: Anoia, Bages and Baix Llobregat. A few years ago it was easier to reach the top thanks to the vertiginous cable car that climbed along the Serrat del Moro wall but today you have to climb up from the monastery esplanade: hundreds of steps and some steep slopes await you!

Standing at 1,102 m, it’s the highest mountain in the Natural Park of Sant Llorenç del Munt i l'Obac, and it’s also where the Romanesque Monastery of Sant Llorenç is located. Its cliffs give it a very striking appearance, and you’ll come across spectacular rock formations along the way, such as Cavall Bernat, a rock monolith. It’s not that difficult to climb up there, especially given that you can reach the 800-metre mark by motor vehicle. La Mola shares prominence in the Natural Park with El Montcau, which is just a shade lower (1,056 m).