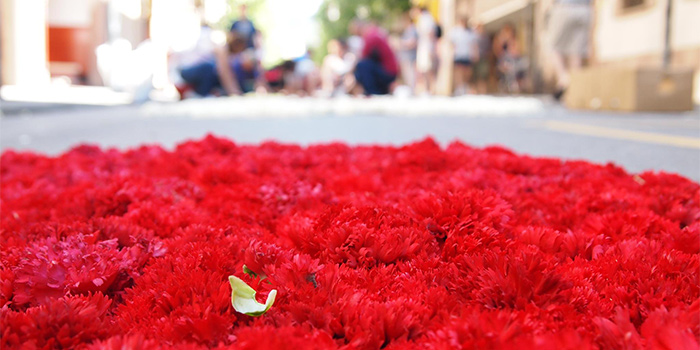 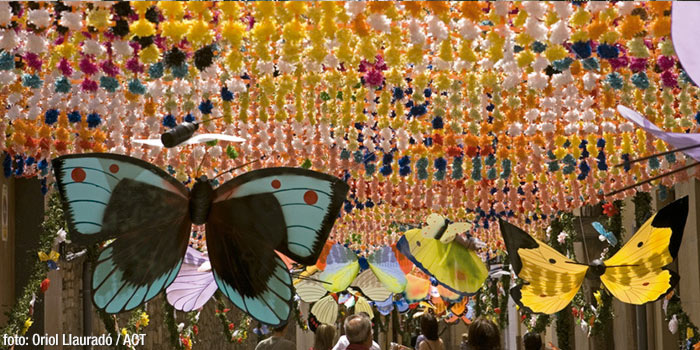 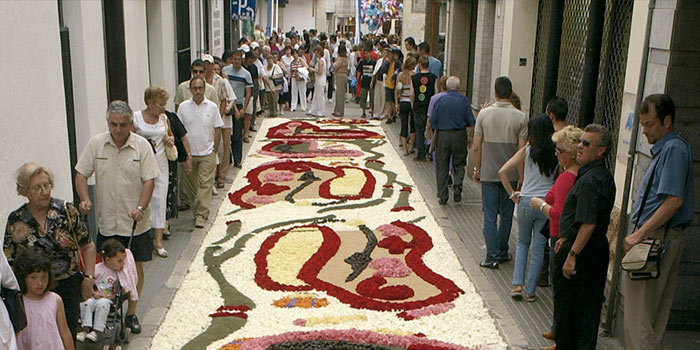 Festival of Corpus Christi in Sitges


There’s a packed calendar of traditional feasts in the regions of Barcelona, including celebrations so ancient that their origins are lost in time. Without a doubt, one of the loveliest is the Corpus Christi festival, which celebrates the Eucharist as the body of Christ through processions, imaginary animals, floral carpets and dancing eggs. So drop everything and come and enjoy this impressive mixture of religious and pagan elements!

In the city of Berga, the Corpus Christi festival has its own special name: they call it La Patum, and it’s so important that it has been declared a Masterpiece of the Oral and Intangible Heritage of Humanity by UNESCO. It’s held on a different date every year but what never changes is the passion with which the locals celebrate this big festival, a unique spectacle of folk theatre in which fire, music and mythological characters are the stars of the show. If you head there, make sure you ask for a glass of barreja, the traditional tipple of the Patum de Berga, in one of the local bars!

The Enramades (decorative garlands) of Sallent are also a highly prized tradition; indeed, the festival has been awarded at least three distinctions: Festival of Tourist Interest, Traditional Festival of National Interest and National Culture Prize for the best traditional artistic initiative. Want to know why? Well head to this town in the region of Bages on the Wednesday evening of Corpus Christi and stroll around its streets. You’ll find them filled with imaginative garlands made out of flowers, boxwood, wood, wrought iron, frayed paper… an impressive show of ephemeral art that can be enjoyed until Sunday, when the celebrations come to an end.

Can you imagine a world where cars have been banished from the roads and replaced by millions of flowers? Well that’s exactly what happens in Sitges during the Corpus Christi festival, when the streets of this town in the Garraf region are completely covered by carpets made out of natural elements, especially carnations. Sitges is also a good place to enjoy the Dancing Egg, a custom of the Corpus Christi festival that consists of making a hollowed-out egg dance on the water spouting from a fountain. That’s right, your eyes aren’t deceiving you; you’ll be able to see the curious ritual of the dancing egg at the Palau Maricel, the Palau del Rei Moro and the garden of Hospital Sant Joan Baptista.

There are also some lovely floral carpets at the Corpus Christi festival in La Garriga, one of the favourite summer destinations of the Catalan bourgeoisie at the turn of the 20th century. But the floral decorations are not limited to the thirty or so floral carpets you’ll find on the streets of the city centre; there are also garlands on the church steps, a mural in the Dalt district and four altars placed in Plaça de Santa Isabel, Plaça de les Oliveres, Carrer Calàbria and Carrer la Doma. To round off the day, make sure you stay until the end of the religious procession on Sunday evening, when a big carnation battle brings the festivities to an end.