The magical universe of a collector 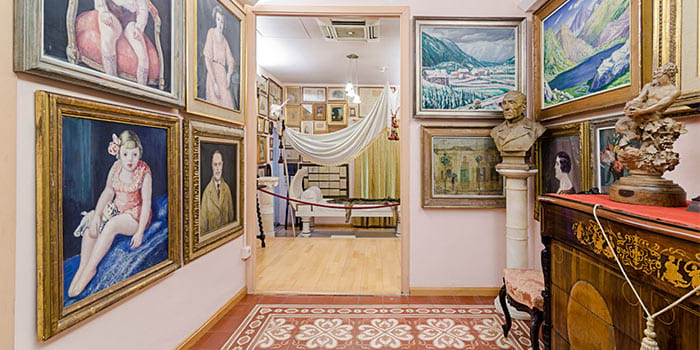 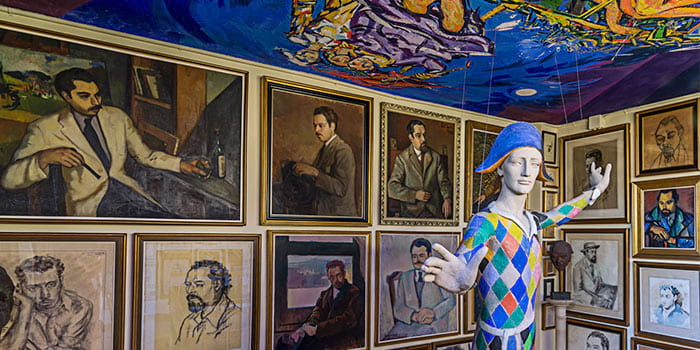 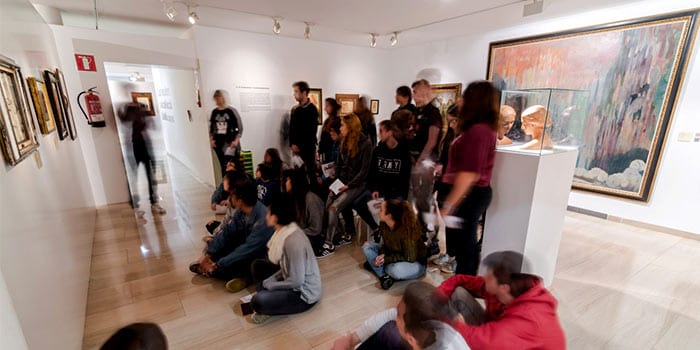 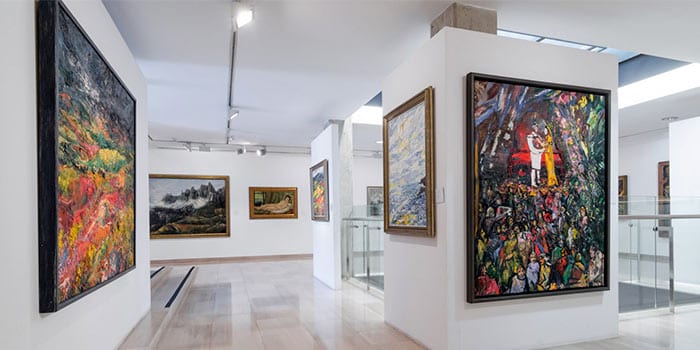 Room in the Abelló Museum


Joan Abelló i Prat (1922-2008), the painter from Mollet del Vallés, was a very enthusiastic collector. Over the course of his life, he collected thousands of works of art and objects of all sorts that he kept in the house where he was born, which over the years he had to extend by annexing the neighbouring properties. This museum is La Casa del Pintor Abelló (House of the Painter Abelló), a real treasure worth discovering.

As you stroll along Carrer Lluís Duran in Mollet del Vallés, you’d never think it contained one of the most surprising, eclectic and little-known museums in Catalonia. La Casa del Pintor Abelló is no typical house-museum; there’s so much more to it. It immerses visitors in the bohemian, cultured and entertaining life of Joan Abelló; over the top, brimming with objects, cultures and journeys. It’s a work of art in itself.

As you cross the threshold into La Casa del Pintor, with a door that belonged to the Convent dels Àngels of Barcelona, you enter the treasure chest of a collector. Abelló’s world is revealed in a fascinating journey that takes you through rooms, stairways, a basement and several floors, with frescoes on the ceiling; walls covered in art down to the last millimetre; display cases full of miniatures, porcelain and glass items; dresses and mannequins from different periods and places; furniture; Asian art, black art and bullfighting art; and paintings, sketches and sculptures by some of the leading artists of the 19th and 20th centuries, such as Joaquim Mir, Sorolla, Picasso, Brossa or Dalí.

From Catalan modernism to contemporary art

Thanks to the donation that Abelló made to the city of Mollet, a subtler and more open space has been created: the Abelló Museum. Housed in a Catalan modernist building, remodelled and inaugurated in 1999, the museum contains one of the most important collections of Catalan painting and sculpture, covering a period from the end of the 19th century to the 1970s, together with a permanent exhibition devoted to Abelló’s painting work: from his beginnings, strongly influenced by his teachers, up to his period of stylistic maturity, characterised by an explosion of colour, which he christened Explosivism, his very own movement. It involved him randomly splashing paint onto the canvas, allowing his intuition to guide him. Often, the explosion of paint is so thick that the paintings become three-dimensional works and the material becomes pliable.

On the ground floor of the museum there’s a room for temporary exhibitions, mostly curated by the museum itself. In addition to showcasing Abelló’s work and other parts of the collection, it aims to provide a platform for contemporary art. Indeed, the Abelló Museum is one of 13 museums that form part of Network of Art Museums of Catalonia.