Night of the souls 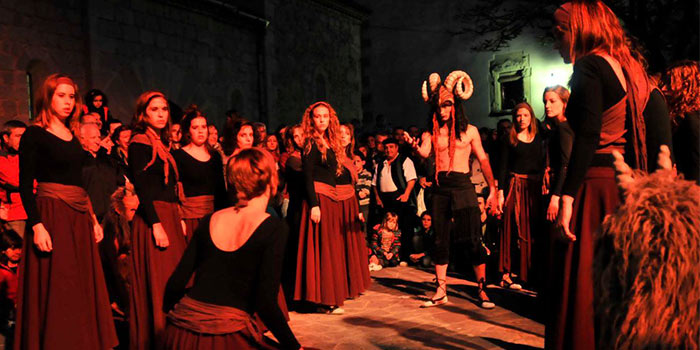 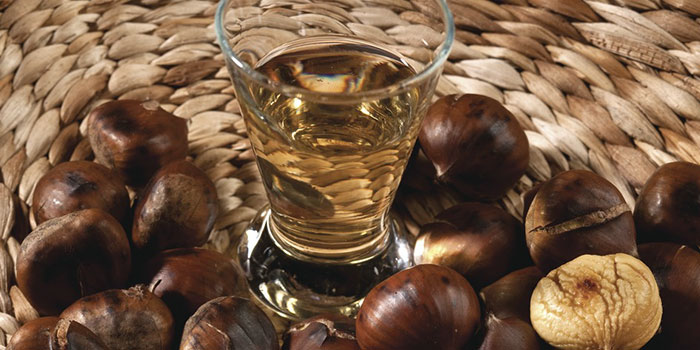 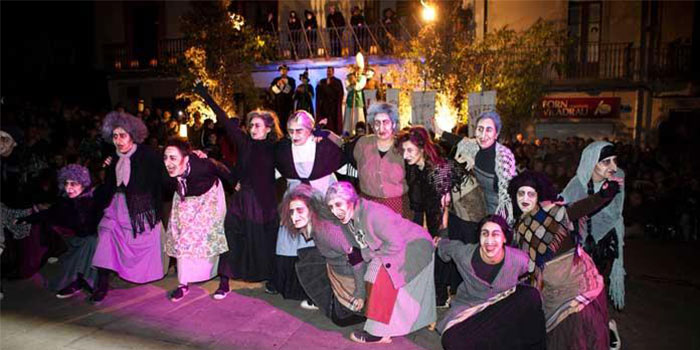 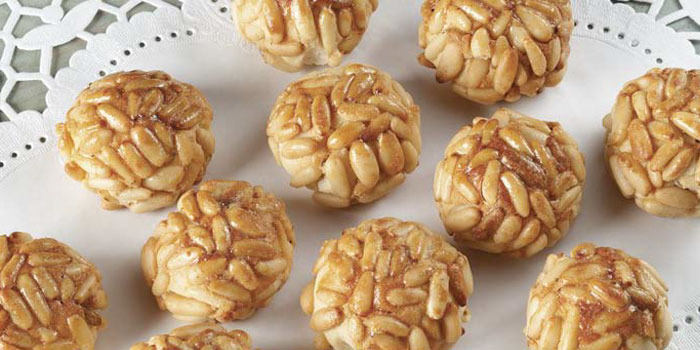 
Tradition has it that Halloween is the night when the dead pay a visit to the land of the living. Trays laden with chestnuts, panellets (little autumn cakes) and dessert wine await them in Catalan homes. And there are plenty of parties at which they can enjoy the gift of life before they return to their resting place. Don’t leave them to dance on their own! Here are some celebrations at which to invoke the spirit of the dead.

The history of Sant Feliu Sasserra is marked by the witch-hunt, the infamous persecution and execution of women that spread across Europe like the plague during the Middle Ages. Tarragó is to blame. This sinister character was responsible for the violent death of many of the town’s women, accused of witchcraft. In order not to forget this past, the Fes-ta bruixa (Witch Fest) event is held in Sant Feliu every year on Halloween night. It begins with a witch climbing down from the church bell tower, continues with a spooky parade and ends with a concert, at which you really must taste a beverage created especially for the occasion: the witch’s love bite.

The Witches’ Ball in Viladrau also pays tribute to fourteen women who were executed in 1617, unjustly accused of causing hailstorms and gales that damaged local crops. The festival includes a theatrical performance in the town square, a round dance around a bonfire and the throwing of thousands of sweets and firecrackers… An unforgettable spectacle of music, light and fire! Ah! And make sure you don’t leave with trying two local delicacies: cold chestnut liqueur and some little cakes called “castanyots”, made out of chestnut flour. When in Viladrau...!