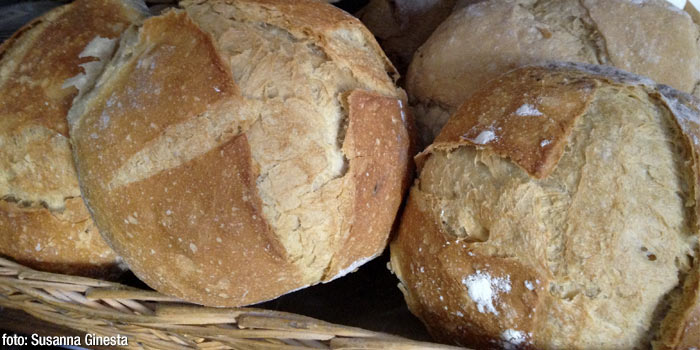 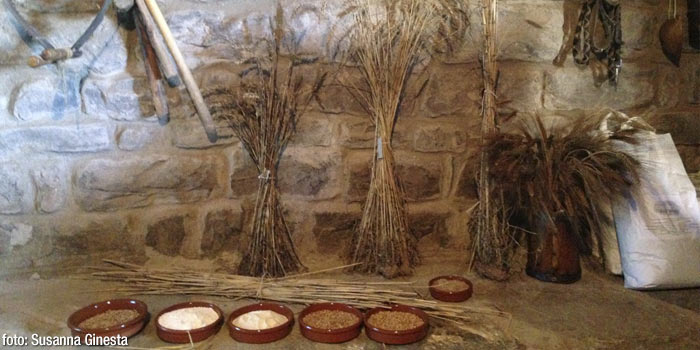 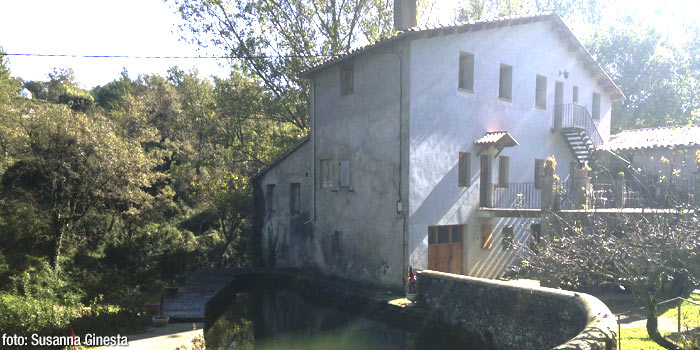 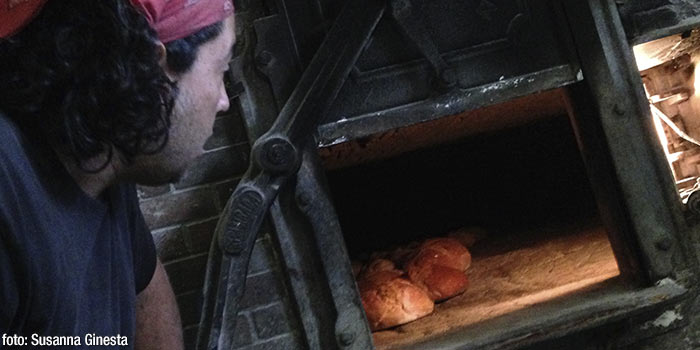 
If you miss real bread, the sort made using artisanal methods, local flours and sourdough, then head to the natural region of Lluçanès, a land with its own identity, halfway between the Vic Plain and Berguedà, where farming is alive and well and food is not manufactured but made. Come and see for yourself on the bread route! A route you’ll love whether you’re a modern foodie or a member of the older generations with nostalgia for the past.

The artisanal bread route is a gastronomic route around the Lluçanès area that shows you how this food is made the traditional way. The secrets are revealed step by step, starting out in cereal fields and ending up in small bakeries with wood-fired ovens, marble countertops and the special aroma of great bread.

The quality of the seed is a key element in order to harvest the best·cereal for making bread. That’s why in the Lluçanès there are some farmers who’ve decided to revive old wheat varieties that are less productive but exceptional in terms of nutrients, flavour and digestibility. Durum wheat is one example of these ancient cereals; common wheat (triticum aestivum) is another. And you can learn plenty about both at Mas Terricabras in Oristà.

The second stop on the bread route is the Puig-oriol flour mill in Lluçà, a water-powered mill that’s been operating for almost five hundred years. It’s a historical relic and the ideal place to see the flour-making process up close: from the reception of the cereal to its transformation into a fine powder in every tone of white.

There are plenty of bakeries devoted to artisanal bread-making in Lluçanès, but Forn Can Pujals in Sant Boi de Lluçanès is special. Also known as Cal Sendu, the two brothers who run it work with durum wheat, employing a long fermentation process and baking the bread slowly in a wood-fired oven and morú style; that is, baked in the same place where the fire was previously made. A unique rarity of the region you’ll enjoy discovering!