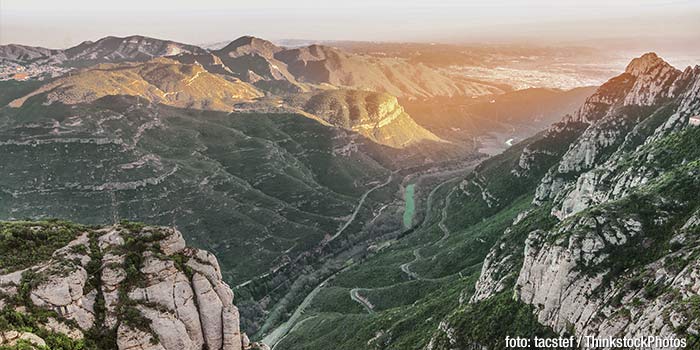 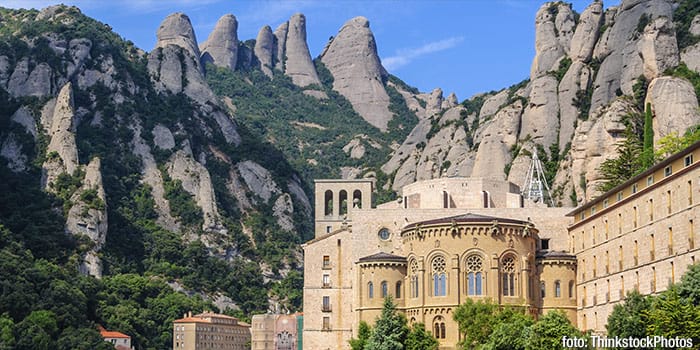 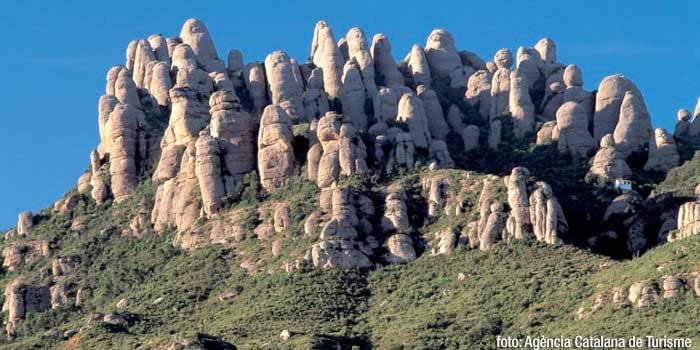 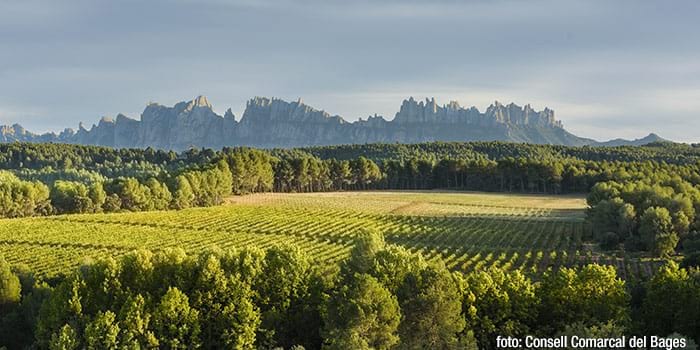 It would be harder to find a more appropriate name for the best-known mountain in Catalonia than Montserrat (“Serrated mountain”).  Viewed from anywhere in the central depression of Catalonia, the bizarre outline of jutting spires and sheer rock faces projected upwards to the sky dominate the landscape and fully justify the name it has been given.

Although there are many legends about its formation, the truth is that the origins of Montserrat date back 50 million years, when the area was covered by the sea. The area was a gulf into which several rivers carried boulders and stones. Tectonic movements raised the mountain above sea level, where the forces of the sea, rain and wind eroded it to create the spectacular forms that we see today.

Montserrat is a geological wonder, with peaks such as the monolithic spire of Cavall Bernat, which is 1,110 metres high and the subject of many anecdotes and legends. Another well-known peak is that of Sant Jeroni, at 1,236 metres, from where visitors can see a phenomenal panorama stretching from the Pyrenees to the sea and the island of Mallorca, clouds and mists permitting.

Hill walkers who accept the challenge of reaching some of the mountains peaks will notice the dense vegetation that grows on the mountain, consisting mainly of holm oaks, accompanied by native species such as yews, some of which are thousands of years old and associated with Celtic religion.

While nature has endowed Montserrat with a unique appearance, it is the spiritual aspect which has assured its claim to be a magic mountain. The legend says that shepherds saw a glowing light over the mountain in the year 880. Drawn onwards by the light, they ventured into the higher reaches until they came to the place known today as the Santa Cova, the Holy Cave, where they discovered the image of the Mother of God with Jesus on her lap which today is known as the Moreneta because of its black colouring. They rushed to inform the Bishop of Vic, who ordered that the image be transported to Manresa. This turned out to be impossible, however, because the statue became heavier and heavier as it was moved. The Bishop interpreted this as the desire of the Virgin to remain in Montserrat, and he ordered the building of a chapel for her. This was the origin of the later Benedictine monastery and abbey dedicated to the cult of the Mother of God of Montserrat, a place of pilgrimage for thousands of Christians, and as many tourists in modern times.

One of the visitors was the German anthropologist Wilhelm von Humboldt, whose essay on Montserrat written in 1803 was to influence and inspire a fascination with the iconic mountain among the German Romantics, such as Goethe and Schiller. Humboldt described his mystical experience among the trees and mountain slopes as a connection with nature that exalted the soul of man. It is a profound emotion that affects all those who visit Montserrat.

The mountain of Montserrat was also declared a «UFO sanctuary» in 1977 thanks to Luis José Grifol, who arranges gatherings on the esplanade outside the church on the 11th of each month to spot UFOs.