During carnival, anything goes! 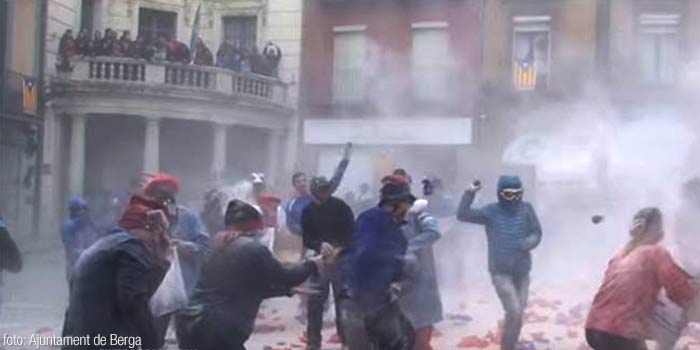 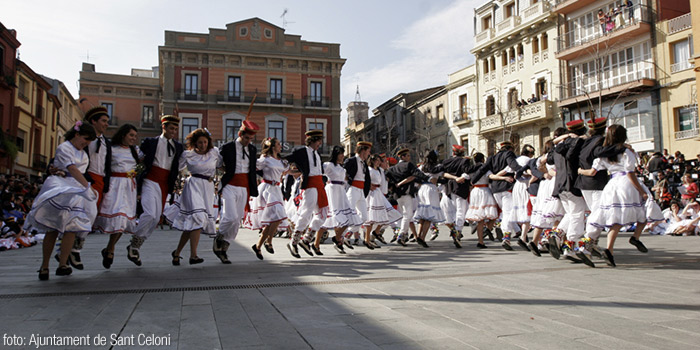 
When the Carnival King takes up the reins of government, people's lives are turned upside down and revelry and debauchery are the order of the day. For seven days everything is allowed, with so many options available for having a good time that it's hard to decide. So we've made a selection of some of the most peculiar Carnival traditions in the regions of Barcelona which you certainly won't find in Cadiz, New Orleans or Salvador. Come and discover them!

The traditional Catalan Carnival is synonymous with the Carnestoltes, a surprising and extravagant figure who presides over the celebrations. His arrival is eagerly awaited by everyone and his opening speech marks the start of wild partying. The Arrival Ceremony of His Majesty held in Vilanova i la Geltrú is awesome but the lesser-known ceremony that takes place in Gavà is also rather impressive. The Tornaboda, as it is known, is attended by citizens of all ages to welcome the Rei dels Poca-soltes (King of the Layabouts). There is plenty of revelry to be had thanks to the dancing, music and a peculiar street parade featuring transgressive figures.

Condemnation and satire play an important role in many Carnival festivities in the regions of Barcelona. In the case of Caldes de Montbui, one of the most typical rituals of the celebration are the comical rants that take place on Saturday after the fancy dress parade. Making the most of the general masquerade, participants review the events of the preceding year and make fun of whatever has gone wrong. The event ends with a competition, with prizes awarded to the authors of the best rants.

Another typical tradition of the Catalan Carnival is the gypsy girls' dance, in which various characters take part with the goal of contributing to the riotous atmosphere and making the audience laugh. This dance is very widespread in the towns and cities of the Vallès region. In Sant Celoni it has been danced since ancient times and is full of enigmatic and entertaining folk elements. Don't miss the part when the figure of the Old Lady gives birth to a live animal: each year a different one is born!

Carnival is a festival of rebellion and transgression, where anything goes in order to stamp out boredom. This explains the many fun battles involving meringue, confetti or sweets, in which the "wounded" have a whale of a time. One of the best-known fun battles in the regions of Barcelona is the Flour War held in Plaça de Sant Pere in Berga on Carnival Sunday, evoking the Carlist Wars.

5. Farewell to Pellofa in Mataró

If you're looking for somewhere to bid farewell to Carnival in an unprecedented explosion of revelry, we recommend heading to Mataró on Ash Wednesday. On this day, the capital of the Maresme region burns its Carnival King Pellofa with full honours. This ceremony is followed by a fierce battle between a set of characters who defend Vices and the forces of Ancient Lent. The latter group emerges victorious, of course, and seven weeks of fasting and abstinence begin. But not to worry! There are buns and mulled wine to help you gather strength.