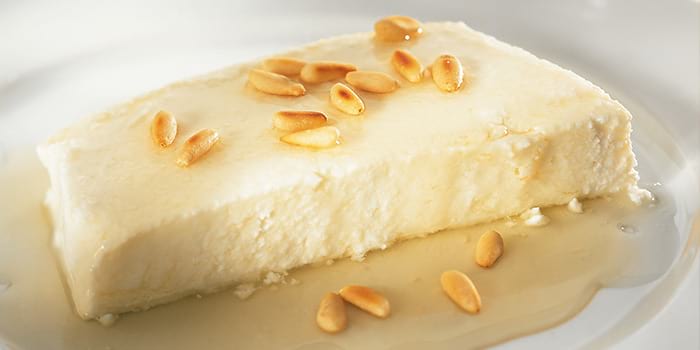 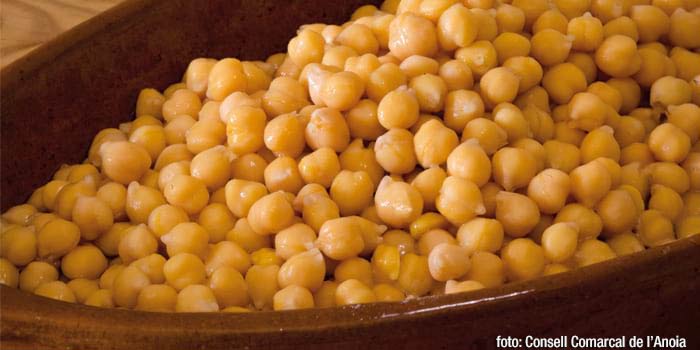 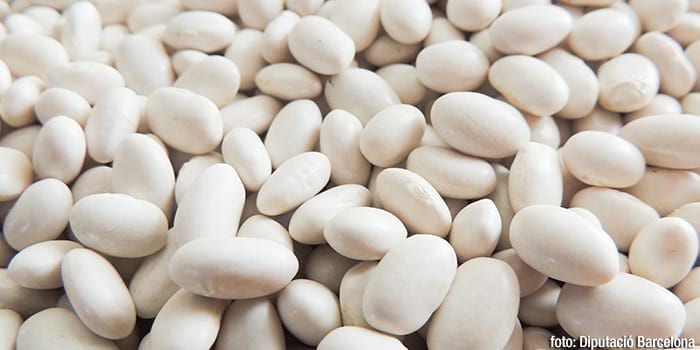 The counties of Bages and Anoia are predominantly agricultural and livestock based, and in recent years a number of producers and cooks have started to revive a gastronomic tradition based on native produce, a type of cooking that is both local and respectful. These fertile lands produce remarkable fruit and vegetables, such as the white aubergine, the chickpeas of Mura, the green cabbage of Manresa, the beans of Castellfollit or the tomatoes of Bages, all from this county, and the chickpeas of Alta Anoia, the eggs of Calaf, the extra virgin olive oil of the arbequina, palomar and vera varieties, and the sweet peaches of Piera. There is also the curd cheese of Montserrat, the biscuits known as Caballitos de San Antonio, the Ral pork of Avinyó and the ecological veal and lamb of Anoia, as examples of the region’s many fine locally sourced foods.

With the coordination of the Fundación Alicia, the Guild of Hoteliers and Turismo del Bages and the Rebost del Bages - formed by the Councils of the county and the city of Manresa, the white aubergine is being promoted through a number of gastronomical events, with the collaboration of local markets and restaurants. It has a milder taste than its black counterpart, but conservation is trickier because it ripens more quickly. Experts compare it to foie gras, but without the fattiness. When walking along the Ignatian Way, many pilgrims came through the market gardens of Bages and came to know this variety of aubergine, but its relatively low yield led to its virtual disappearance a century ago. Enric Casasayas, one of the third generation of farmers at the farm "Las Arnaules" in Viladordis, says that this vegetable "has a milder flavour than the black variety, and differs in both colour and texture. Once you have tried it, you won't want the black variety any more".

In Anoia, the chickpeas of Alta Anoia are a local delicacy that were passed down from fathers to sons for generations, developing its exceptional gastronomic qualities. It is quite small and smooth, but it expands to three times its size during cooking. Its flavour is delicate and intense, with none of the usual floury texture, and its skin is smooth on the palate. A number of restaurants offer dishes in which it accompanies vegetables, fish or meat, making these dishes even more delicious with every mouthful.

Among the most outstanding fruits grown in Anoia are the peaches of La Fortesa, with the registered geographical origin Penedès. They owe their special quality to the soil. "It is a dry crop grown in clay soil with a lot of lime, and the fruits that grow here have qualities that you don't find anywhere else", the producers claim. The peaches have a powerful yellow colour, and are juicy and sweet, with a slightly acid touch.