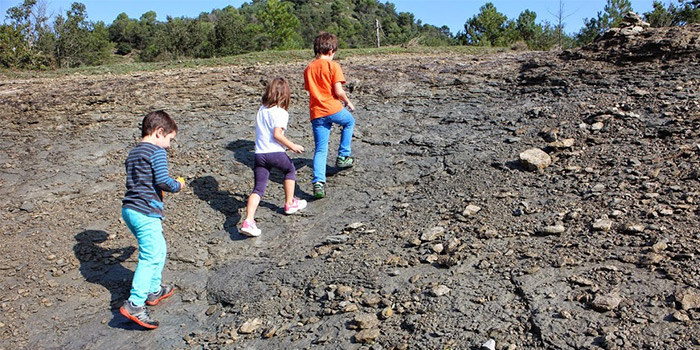 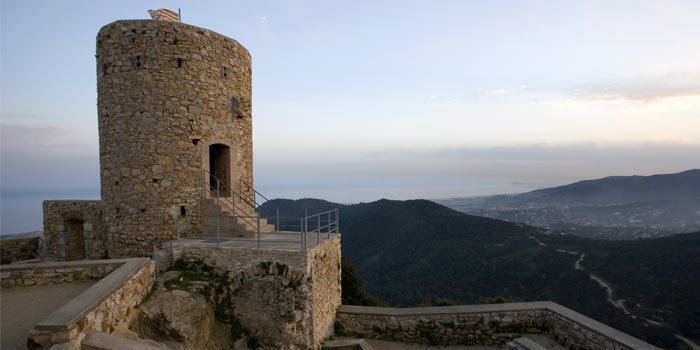 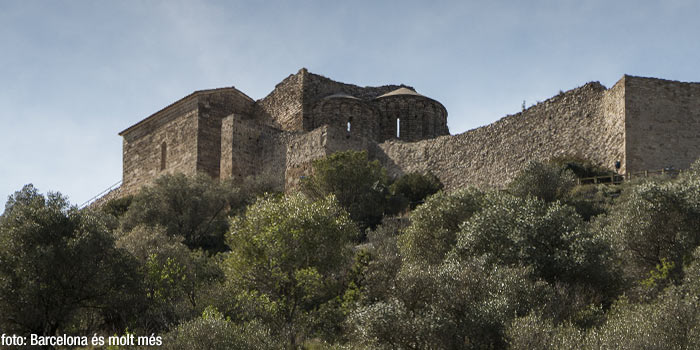 
We have to tell it like it is: what we’re proposing here is reaching summits, so at some point there’s a bit of climbing to be done. But it’s nothing that can’t be managed with a little bit of effort, and we’re pretty sure that they’re not beyond the reach of small children who’ve been walking for a while. You’ll see that small mountains can often offer big panoramic views.

Your climb starts in Carrer de la Muntanya, in Martorell. When the road merges into a forest track, you head into the Torretes (Little Towers) Mountain Range, passing by an ancient water deposit. You follow the path up to a plateau, where a narrow track to the right leads you to the Torreta Griminella and then on to the Torreta del Clos. These little towers are square buildings that may date back to Roman times and which overlooked the Via Augusta (Roman road) where it passed over the Pont del Diable (Devil’s Bridge). Here, at 219 metres above sea level, what you get today is a picture postcard view of Montserrat and part of the Baix Llobregat region.

The final few metres get a little bit steeper but otherwise, reaching the summit of Burriac Hill, crowned by a medieval castle, is a straightforward excursion amid the typical vegetation of the coastal mountain ranges. The shortest route is from Cabrera de Mar, but you can also make your way there from other places, such as from the Font Picant, the famous spring in Argentona. Once you get to the top, you’ll understand why the Iberians (the Laietani people in this part of the world, to be precise) climbed the summit’s 400 metres to have a commanding view of the area.

This so-called border castle, standing at 453 metres above sea level, is only just over a kilometre away from La Pobla de Claramunt town centre, and you can’t miss it. There are even benches to rest on as you make your way up to the castle! The site is one of the best preserved of the many castles that survive in the Anoia region. A full refurbishment was completed a few years back and you can now visit the inside of a castle that offers stunning panoramic views of the Òdena Basin and Montserrat. So what are you waiting for? Get those water bottles and hiking boots ready!

Our final suggestion is an excursion to Collserola Park in order to climb up to the summit of Puig d’Olorda ( above sea level), also known as La Creu, after the great cross which crowns it. There’s also a fire watchtower at the summit. One easy way to get there is to depart from , in the , where you can park. It’s an eight-kilometre walk that takes in landmarks such as the Castle and Chapel of Santa Creu d’Olorda and the Pedrera dels Ocells (Birds’ Quarry).