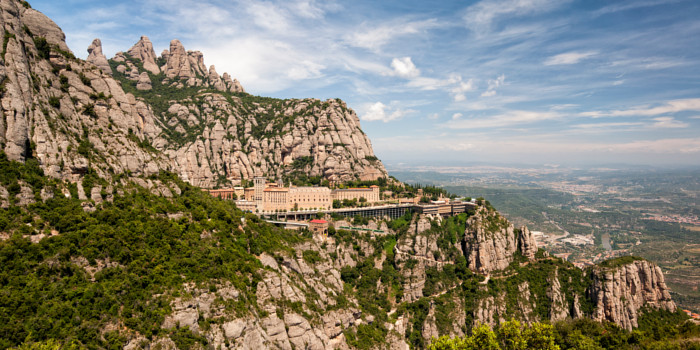 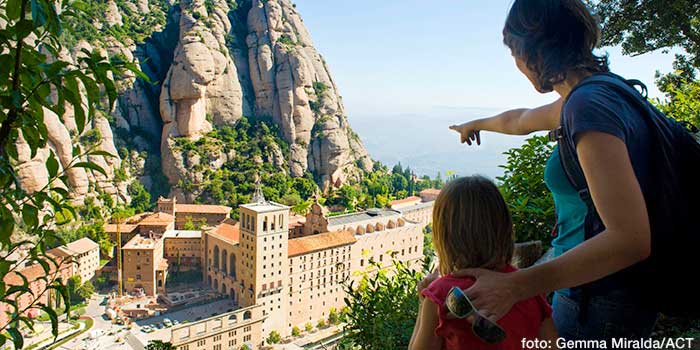 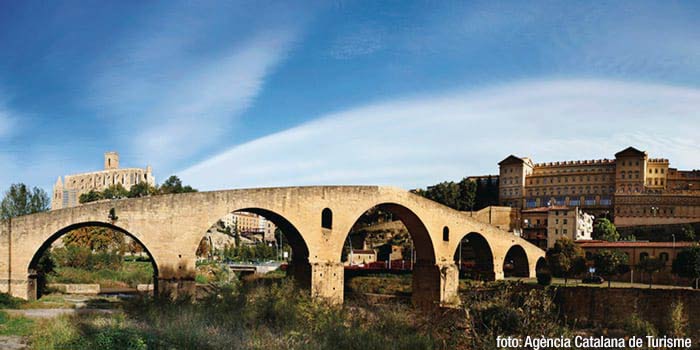 The Oliba Path stretches from Montserrat to Les Basses de Puigsec. On this route you’ll discover the marvels of nature and Catalan Romanesque architecture as you follow in the footsteps of Bishop and Abbot Oliba, in the year that marks the one thousandth anniversary of his appointment as Bishop of Vic. Walking routes, spectacular mountain views, mediaeval architectural jewels... In short, a path full of history, nature and spirituality. Oliba was the instigator of the Peace and Truce of God Assemblies that helped preserve the peace in rural mediaeval Catalonia and played a crucial role in the peaceful development of Catalan culture. But we also have Bishop Oliba to thank for one of the loveliest paths in the country, and what better time to discover it than now, one thousand years after he was appointed Bishop of Vic?

The Oliba Path starts with this 86-kilometre section designed to be completed in three days (five half-day stages). It coincides with sections of the Way of Saint James. We begin at the Monastery of Santa Maria de Montserrat, built on his orders, where we find a square and monument dedicated to his memory.
We enter Manresa along the Pont Vell (Old Bridge) and discover the Cave of Saint Ignatius and the Collegiate Basilica of Santa Maria, known as La Seu (The See), which was rebuilt during the time of the abbot (1003). After taking in the Monastery of Sant Benet de Bages, we pass through Navarcles and cross the vineyards of the Pla de Bages area, where, time permitting, we can enjoy some wine tourism, before reaching Artés and the Monastery of Santa Maria of L'Estany.
In Vic, the mediaeval quarter, the Queralt Bridge or the ruined Montcada Castle, an interesting example of Romanesque architecture built over a Roman temple, are just some of the highlights. But if you really want to find out about the bishop’s life, the places to visit are Vic Cathedral and the Episcopal Museum, in front of which stands the sculpture of Oliba by the Catalan sculptor Domènec Fita.

This is the most demanding section of the Oliba Path. It’s divided into ten half-day stages, which makes it ideal for completing in five or six days. It crosses Folgueroles, the home town of poet Jacint Verdaguer, before reaching the well-known Monastery of Sant Pere de Casserres.
The Monastery of Santa Maria de Ripoll and the Monastery of Sant Joan de les Abadesses transport us to the golden age of Romanesque architecture, just after we complete one of the most spectacular transitions of the Catalan landscape, between the central region and the green of the Pyrenees, which becomes more intense as we head northwards.
Collsacabra and the Sau Reservoir, with its famous bell tower poking out of the water, the Montseny and Guilleries massifs, Montesquiu Castle and the Tavertet Cliffs are some of the magical places where nature and history meet on this stage of the route.

This section is 40 kilometres long and is designed to be completed in three half-day stages. It crosses Camprodon and Molló, two towns with a real mediaeval feel, before reaching Les Basses de Puigsec, a true gift of nature with the Canigó lookout point, right on the French border. Plans are afoot to lengthen the route by 50 kilometres, taking us first to the Monastery of Sant Miquel de Cuixà and then on to Tolgues, which is where Oliba held the First Peace and Truce of God Assembly.