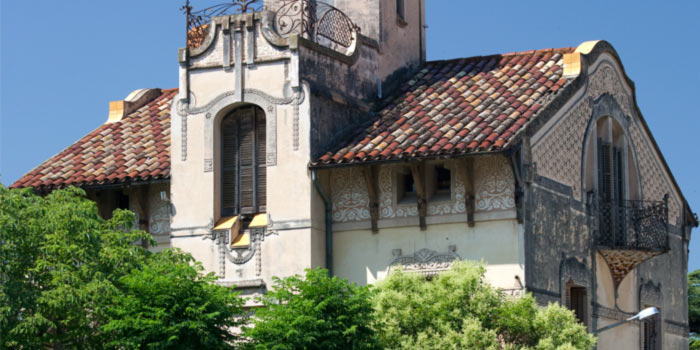 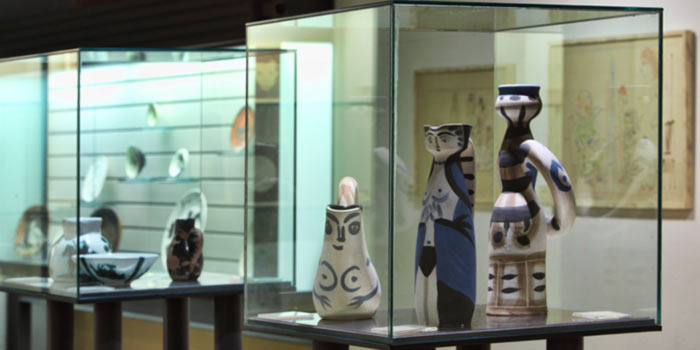 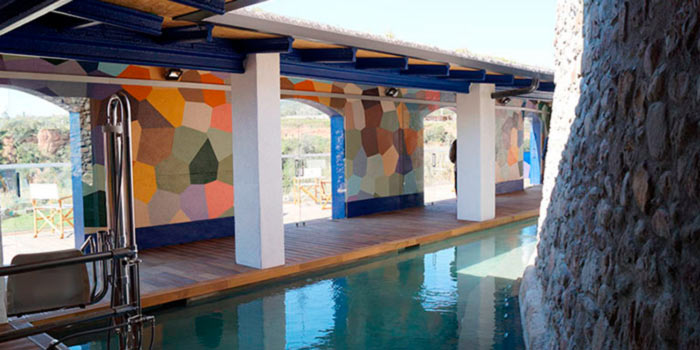 
The Modernist middle-class may have been nouveau riche, but they certainly knew what they were doing: they made summer residences, spas, art collections and good cooking fashionable. But these days we can enjoy their view of life for ourselves! Especially in Vallès Oriental, a county with many easy ways to make the most of your free time.

La Garriga is one of the towns in Vallès Oriental that invites us to admire the splendid mansions that the new middle-class built in the late-19th century and early-20th. They are full of small details and hidden stories and we recommend the 'Spa and summer town' route: you'll discover everything and the route takes you to Illa Raspall, an ‘island' group of four Modernist mansions, unique in Catalonia.

The history of the spas in Caldes de Montbui is also closely tied to the middle-class. While it is true that the spa tradition dates back to Roman times, it was in the Modernist era that it reached its height: it was then that the comfortable spas that have never gone out of fashion were built; their healing waters are still an attraction. Does the beauty of the soul interest you more? Pay a visit to the Thermalia Museum and trace the life of Manolo Hugué: this 19th-century sculptor's passion for collecting is admirable!

Would you like to round off this route through Vallès Oriental with an arròs caldós with mushrooms from the Montseny, cannelloni stuffed with pumpkin from Sant Feliu de Codines or roast beef with pears? No problem: the county has numerous restaurants where the menus are a fusion between the dainty cuisine so loved by the middle-class and hearty country cooking. Grouped under the name ‘Cuina VO', their aim is to defend the culinary virtues of a land that is so wealthy in special produce, all of extremely high-quality.