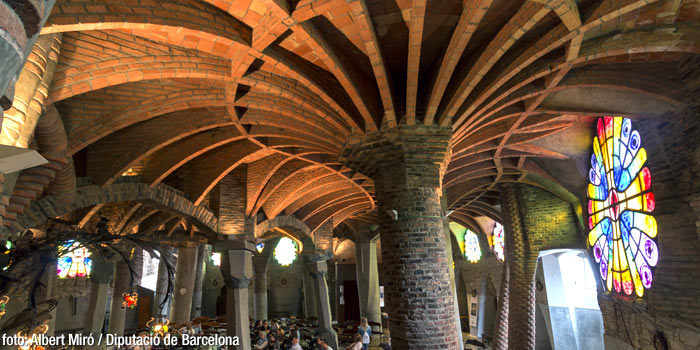 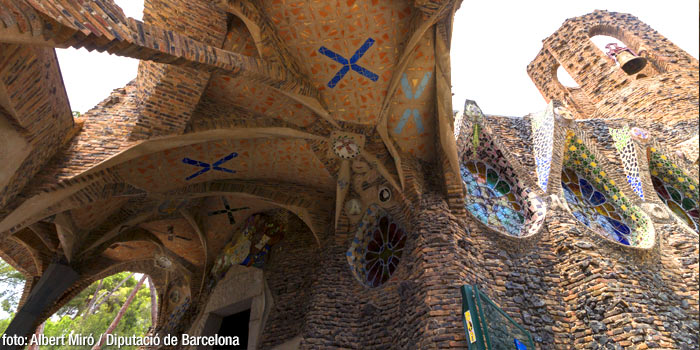 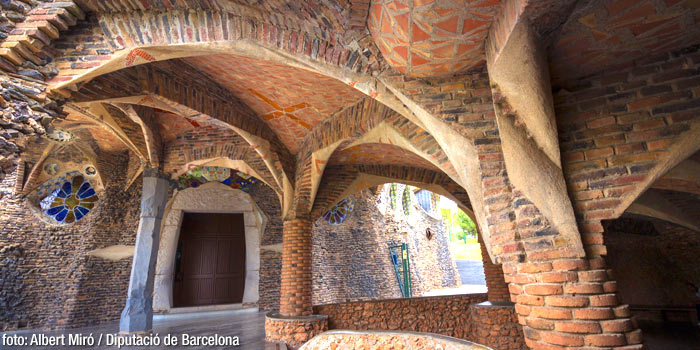 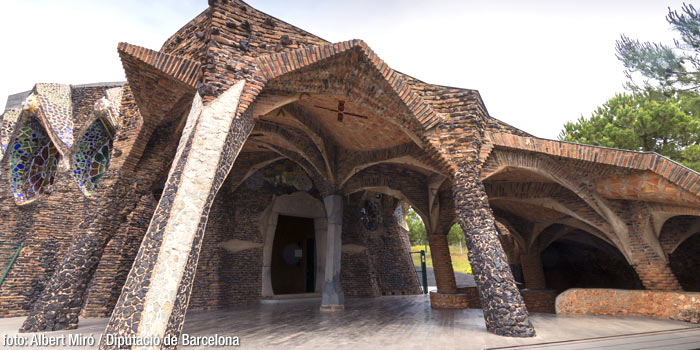 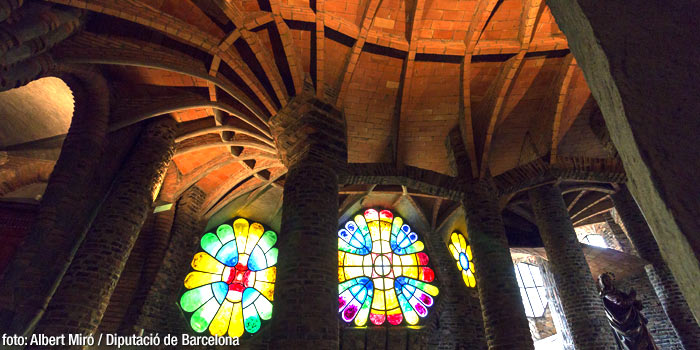 In 2005, seven buildings designed by Antoni Gaudí were inscribed as World Heritage Sites by UNESCO. Six of them are extremely well known: the Sagrada Família, La Pedrera, Casa Vicens, Parc Güell, Palau Güell and Casa Batlló. However, the seventh architectural gem in the list, the Crypt of the Colònia Güell, is much less famous. It’s a fluid architectural masterpiece in which the author of impossible works tested his considerable intellect.

The Gaudí Crypt stands on a small promontory surrounded by a pine wood within the Colònia Güell . This model village founded for textile workers is a unique complex in the Catalan modernist style. The crypt, built between 1908 and 1917, is a special construction commissioned by the architect’s patron, the industrialist Eusebi Güell. Before you even step inside, the outside of the building will take your breath away.

Inside the crypt, the large stained-glass windows dominate the space and our gaze is drawn to the shapes made by the light as it reflects on the stones. Other impressive features include the wooden pews, designed by Gaudí, the fonts, decorated with huge seashells sourced from the Philippines, and the imperfectly beautiful leaning basalt stone columns.

The Gaudí Crypt resembles a magical cave, a space where art and nature interact with total freedom. But don’t forget that the church of the Colònia Güell is much more than a masterpiece of Catalan modernism it is also a parish church and all sorts of ceremonies are held under its undulating ceiling, such as marriages, christenings, funerals and masses.