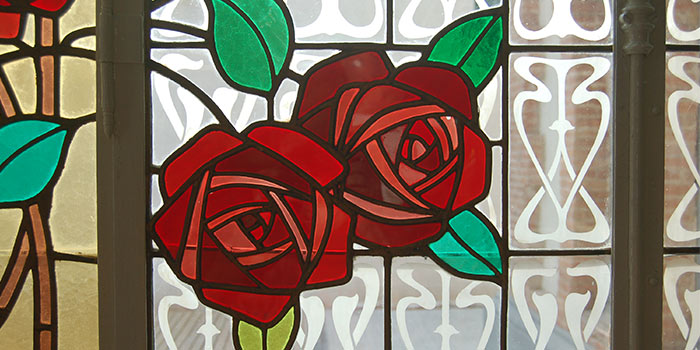 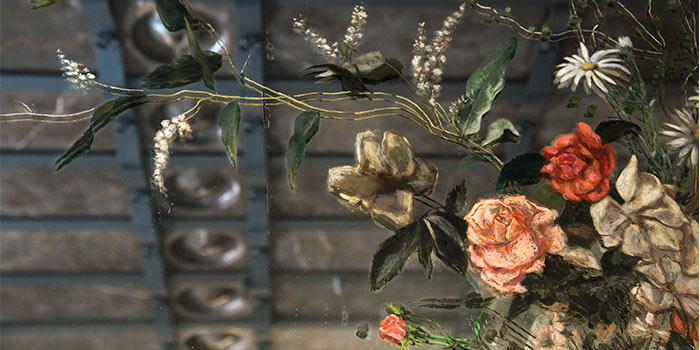 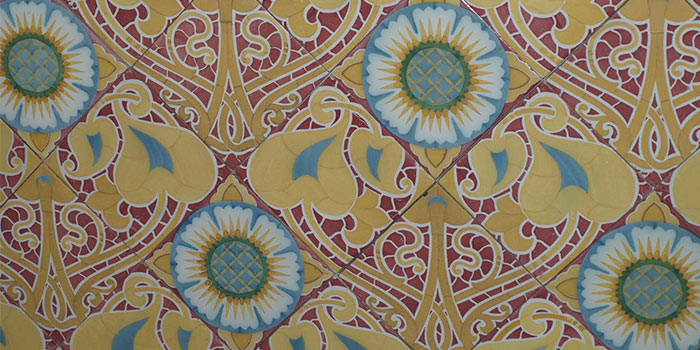 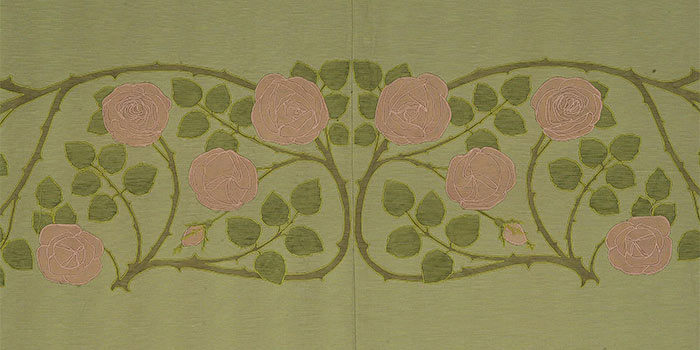 
El 23 d'abril, The feast day of Sant Jordi (Saint George's Day) on 23 April is a perfect day to explore the amazing modernist heritage of the regions of Barcelona. With the rose as our leitmotif, we suggest a route taking in five must-see places for lovers of Catalan art nouveau, floral motifs and legends.

We all know that plant and flower motifs have a strong presence in modernist ornamentation but few of us have realised how prominently roses feature in the works of architecture, painting, sculpture and decorative arts produced in Catalonia between the end of the 19th century and the first quarter of the 20th century. The Palau Güell in Barcelona is a good place to admire this flower in different formats and rendered through a variety of techniques, since there are roses hidden in furniture, mirrors, stained-glass windows, chairs… Keep your eyes peeled! This house, built for the Güell family by the architect Antoni Gaudí at the start of his career, stands out for its highly imaginative approach to light and space; it also contains superb pieces of furniture produced by Catalan decorators in the modernist period.

2. Torre Vila in Montcada i Reixac

There are also interesting modernist villas in Montcada i Reixac, since this town in the region of Vallès Occidental was one of the favourite destinations of middle-class families from Barcelona when it came to fleeing from the summer heat of the big city. It is precisely one of these houses, the Torre Vila, where we find a stunning stained-glass window featuring roses. Would you like to see it? Sign up for one of the modernist trails organised by the Municipal Museum and you'll discover the interior of this mansion built in 1905.

More stained-glass windows with rose motifs, these ones in a blood-red shade, are to be found at the Cerdanyola Art Museum. They date from the period when this building was the summer residence of the Barcelona jeweller Evarist López, and were produced using acid-etched, cathedral and flashed glass. While you're there, make sure you don't miss the "The Ladies of Cerdanyola" triptych, one of the most important stained-glass works of the Catalan modernist period, now restored to its original position in this house.

The Can Tinturé Museum in Esplugues de Llobregat houses an intriguing collection of ceramic pieces with rose motifs composed of two distinct groups: on the one hand, three pieces in relief featuring a voluptuous rose in all its splendour and, on the other hand, three tiles with a very simple and stylised drawing. They were produced at "La Rajoleta", the old Pujol i Bausis ceramics factory, which during the modernist period manufactured tiles for many of the great architects of the time. That's right, it counted Gaudí, Domènech i Montaner, Puig i Cadafalch, Raspall and Sagnier among its customers!

In the regions of Barcelona, modernism was most evident in its transformation of architecture and the decorative arts, but it also exerted an influence on other disciplines, such as painting, sculpture, literature, music, graphic design and even the fashions of the time. You can see for yourself at the Terrassa Textile Museum, whose collection of clothing and fabrics is a joy to behold. It brings together masterpieces produced by Catalan companies, artists and designers at the end of the 19th century and the turn of the 20th century, and roses (both embroidered and knitted) are featured in various items.