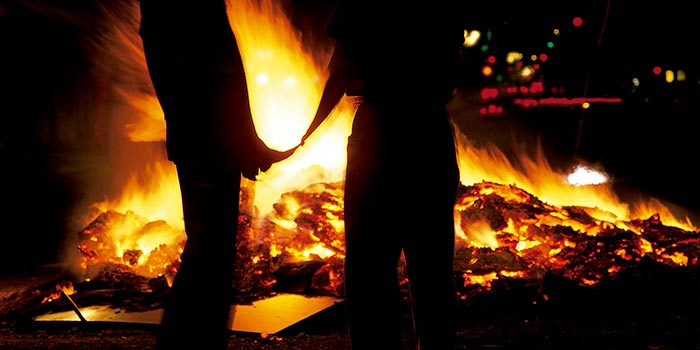 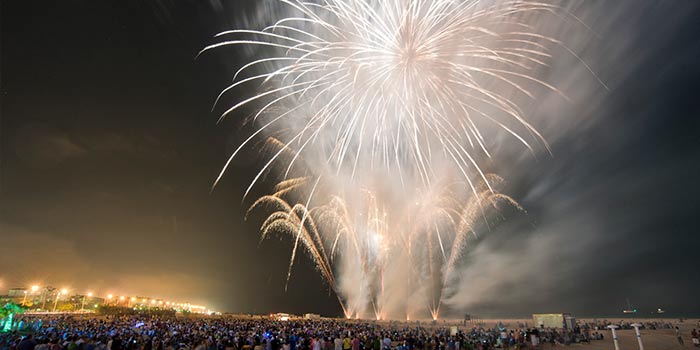 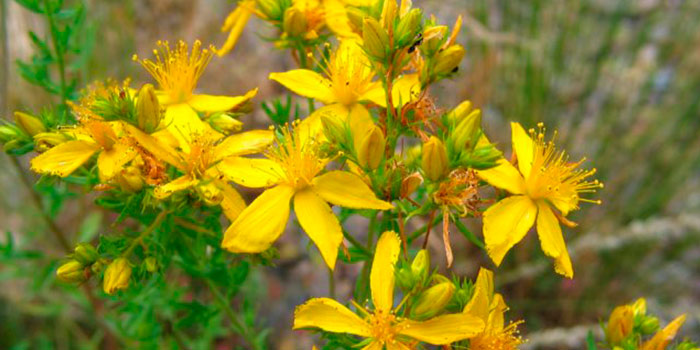 
The night of 23 June is the shortest of the year; it's also the loudest and most magical! Each neighbourhood and town ushers in the summer with firecrackers, bonfires, coca (Catalan flatbread) and music, with festivities continuing well into the early hours. The Saint John's Eve party is known as the night of fire and witches. It's a celebration whose origins lie in pagan sun worship, involving customs and symbols such as purifying fire, midnight bathing, Saint John's wort and other herbs, songs, dancing, cures and other magic rituals.

On Saint John's Eve it's typical to have a special evening meal with family and friends, or to attend one of the neighbourhood street parties with lines of tables overflowing with tomato-rubbed bread, cheeses and cured sausages from the Osona area, such as the famous llonganissa (dry-cured sausage) of Vic. The custom is to drink cava, from any one of the five DO (Designation of Origin) seals of the counties of Barcelona, all of which offer an excellent selection, and to eat the traditional coca de sant joan (sweet Catalan flatbread). Most typically, it has candied fruit topping, although there is a sponge cake version and savoury varieties such as the coca de recapte (with roast peppers and aubergines) or with a topping of crackling, pine nuts, etc.

This is a night of fire rituals; bonfires, fireworks, the explosion of Bengal lights and firecrackers really light up the festivities! If you're celebrating next to the sea, the fireworks displays are unforgettable!

A variation on the bonfires of Saint John's Eve are the falles, resinous tree trunks that are lit as torches at mountain tops in the Pyrenees and then brought down to town squares across the area, where they are stacked up to form bonfires. Also in the early hours of 23 June, the Flama del Canigó (Canigó Flame) begins to spread across Catalonia, with around 30,000 bonfires being lit by torches brought down in relay from the bonfire lit at the top of this mountain.

Legend has it that this is also the night of witches, fantastical creatures, strange beings and all sorts of magical figures who gather to hold covens and sabbats. Herbs and plants, with their medicinal properties, also feature in the festivities: basil, verbena, thyme, fennel, rosemary or Saint John's wort are often displayed in the form of bunches or garlands, which over time have become paper decorations and streamers.