The contrasts of Romanesque art 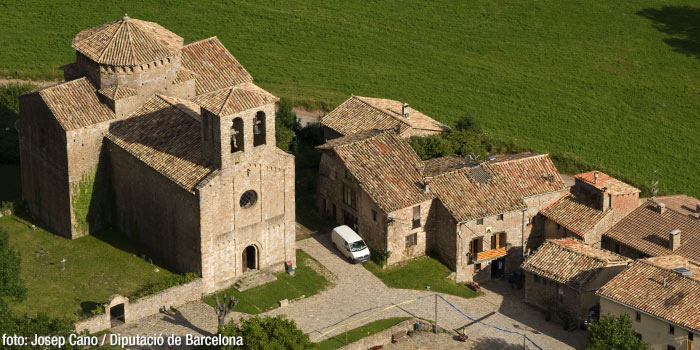 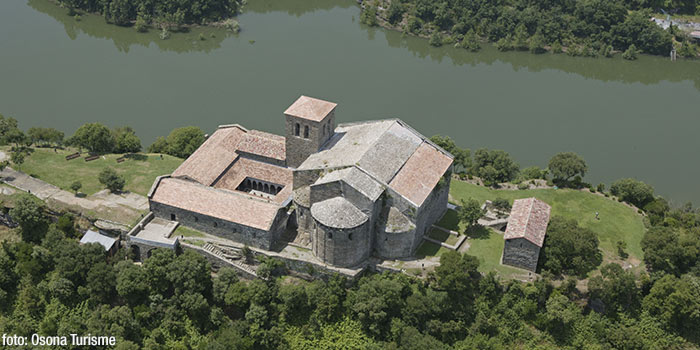 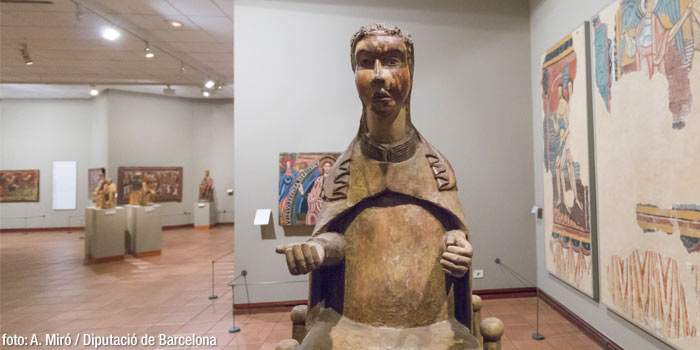 Statue of Our Lady of Santa Maria de Lluçà (MEV) 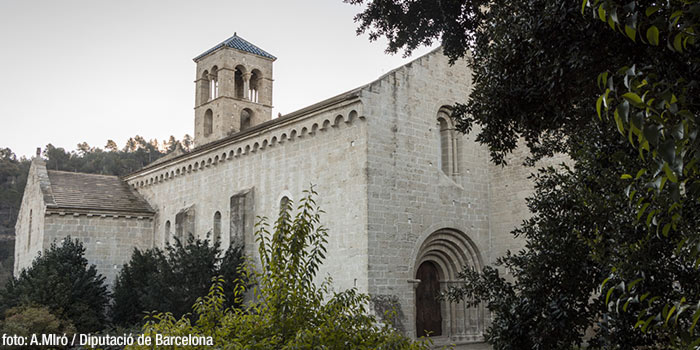 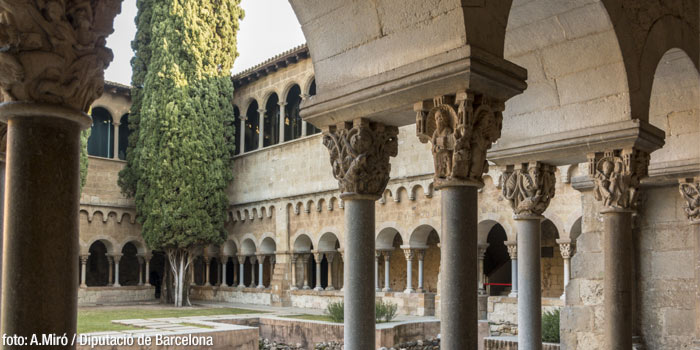 Cloister of the Monastery of Sant Cugat del Vallès


When we think about Romanesque art, what comes to mind for many of us is an austere and plain art, discretely blending in with nature. And this is certainly true of the small churches built in the 11th and 12th centuries in mountain villages. But Romanesque art is also rich and complex, reflecting the aristocratic sensibility of the monks who inhabited the monasteries at that time. Would you like to see for yourself? Go on a route of the Romanesque jewels of the regions of Barcelona to appreciate these contrasts.

You can start off in Berguedà, where Romanesque heritage is all around you. It’s in the Church of Sant Jaume de Frontanyà, whose twelve-sided cimborio or lantern is unique in . It’s in the Monastery of Sant Llorenç, near Bagà, where the bas-relief images that decorate a voussoir arch are curious to say the least. And it’s in the Pont de Far, a bridge in Cercs, the only infrastructure in this style that has been preserved in the region. Bridging the in a gorge set between crags, it was built as part of the camí ral (royal way) that connected Berga to Bagà, La Pobla de Lillet and Cerdanya.

The Romanesque heritage of Osona includes three very special treasures. Firstly, we have the bell , a 46-metre-tall lookout point that affords wonderful views of the region’s capital. The Episcopal Museum of Vic, just a stone’s throw away, boasts a highly prized art collection that includes the altar front of the Church of Sant Andreu de Sagàs, the statue of Our Lady of Santa Maria de Lluçà and a reliquary from the Romanesque church of Santa Eugènia de Berga, along with a series of mural paintings so brilliant and colourful that it’s difficult to imagine them decorating the almost bare church walls we see today. The third treasure of Osona stands over a meander of the Ter River, close to the Sau Reservoir. We’re obviously referring to the Benedictine monastery of Sant Pere de Casserres, a unique construction broadly in the Romanesque style but with some distinct features: its width is greater than its length and the bell tower has a mere two storeys.

In the Bages area there’s no shortage of outstanding Romanesque monuments either. We have the Món Sant Benet site, a mediaeval icon with a turbulent past that houses a cloister with 64 elaborately sculpted capitals depicting a wide variety of themes. Then there’s the Monastery of Montserrat, with its impressive entrance and the popular Moreneta, a wooden polychrome statute of Our Lady of Montserrat, Patron Saint of . And, last but not least, we have the Collegiate Church of Cardona Castle: standing at over tall, it obviously wasn’t built to foster quiet introspection among believers; its goal was to show the magnificence of God!

Another area where Romanesque heritage enjoys a strong presence is the Vallès Occidental region. In Terrassa, for example, the Church of Santa Maria houses some extraordinary murals depicting the martyrdom of the Archbishop of Canterbury. And in Sant Cugat, the cloister of the monastery is sure to attract your gaze: its 144 capitals depict a world so rich in symbolism that you’d best sign up for a guided tour!