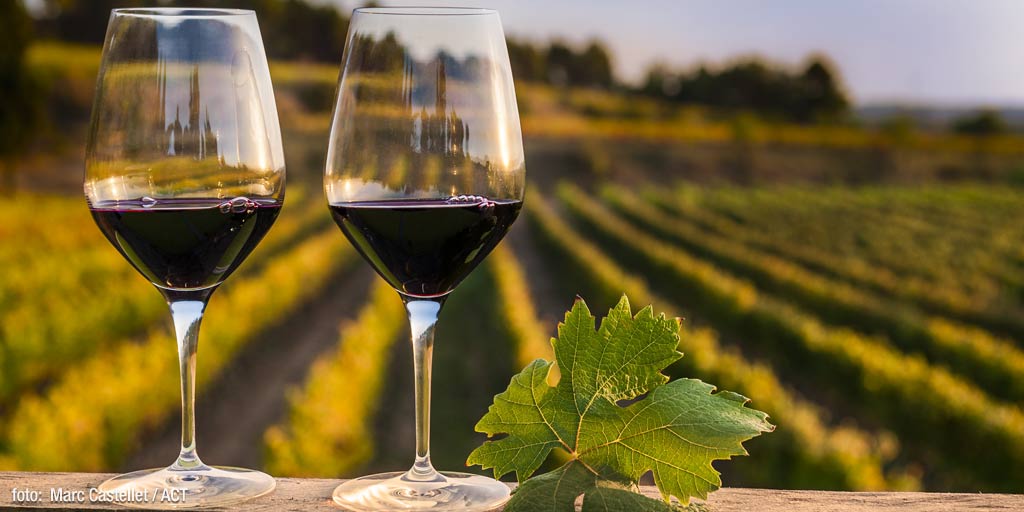 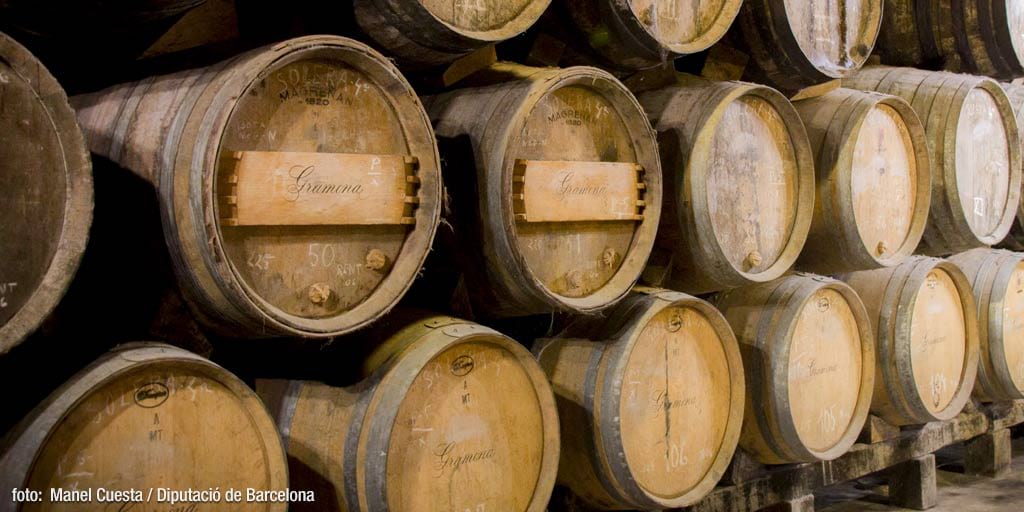 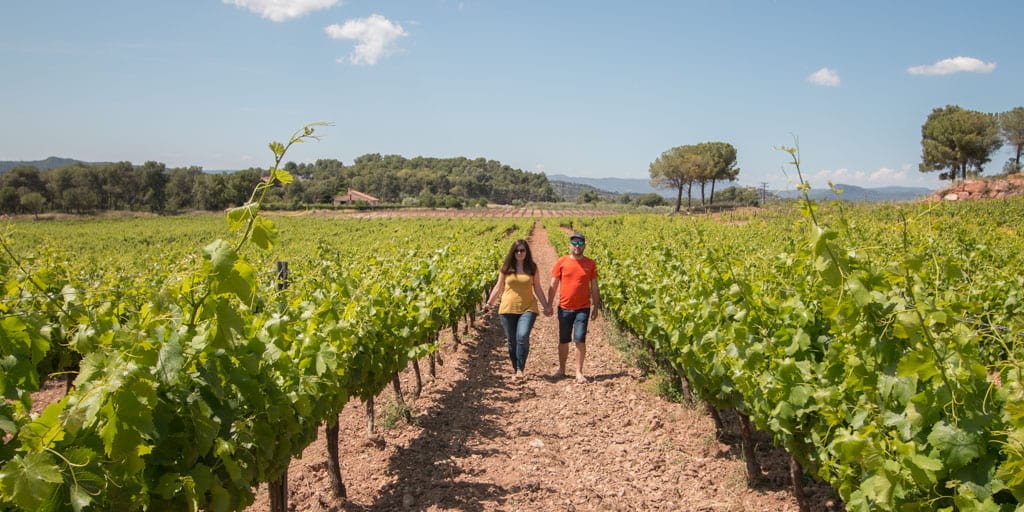 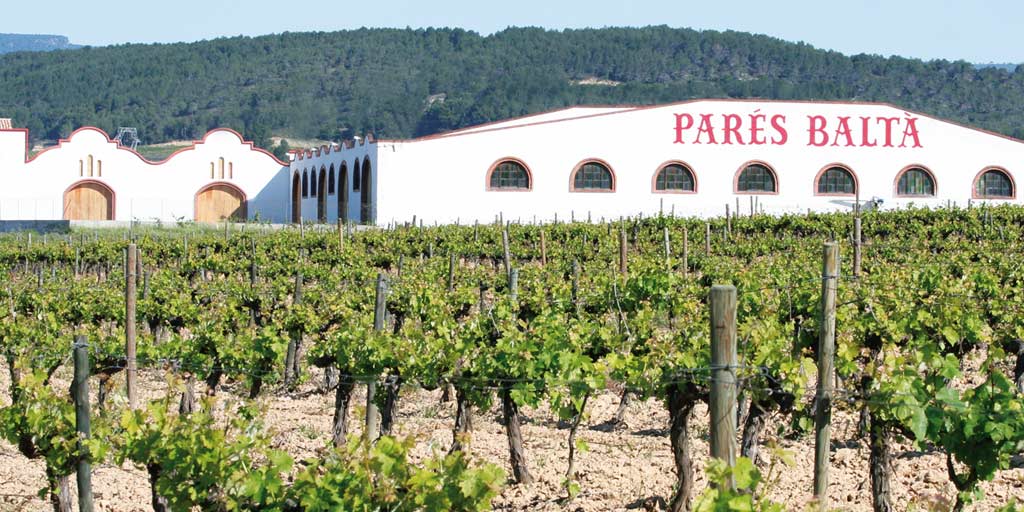 
Landscapes of wine and cava

If you don’t know how organic, biodynamic and natural wines differ from each other but you’d like to find out, take a trip around the regions of Barcelona. From Alt Penedès to Maresme, passing through Bages, there are many wineries that adopt a green approach to winemaking, producing extremely high-quality wines without harming the environment. Some of the names may well ring a bell, while others will be new discoveries: small, family-run companies with limited production and strong environmental awareness. The seven suggestions below are likely to make you a convert to sustainable wine tourism.

Albet i Noya, located just outside Sant Pau d’Ordal, is a pioneering winery in Spain when it comes to sustainable winemaking: it’s been flying the eco flag for more than 40 years! Two decades ago, it embarked on a project to revive some old grape varieties, producing some extremely interesting wines... If you’d like to find out more about the most sustainable winemaking techniques, don’t hesitate to book a guided specialised tour with the winemaker and owner of the winery, a highly recommended activity in the D.O. (designation of origin) Penedès area.

2. Pedal through vineyards on an electric bicycle

Very close by, in Sant Sadurní d’Anoia, you’ll find another highly prestigious winery: Juvé & Camps. So firm is its commitment to environmentally-friendly winemaking that it’s adapted its entire estate in order to produce organic wines and cavas. The winery allows the land to rest and recover with fallow years, doesn’t use chemical herbicides or insecticides, and harvests its grapes manually in order to avoid contamination and to ensure that the vine stocks don’t suffer. As one might expect, the grape harvest is the most eagerly awaited moment of the production cycle and a electric bike tour of the vineyards is organised each year, offering an unforgettable, must-have experience in the D.O. Cava area.

Gramona is another winery that attaches great importance to working the vines under the principles of organic and biodynamic farming. Adhering to a sustainable, environmentally-friendly approach, the winery has allied itself with a unique variety, xarel·lo, making it the star of its sparkling wines. Would you like to discover some of its secrets? Book a place on a horse riding excursion among vineyards, on which an expert guide will explain the winemaking philosophy of a family that’s been devoted to the activity since 1850.

Parés Baltà, is a smaller winery run by a winemaking family passionate about organic and biodynamic wines. It keeps bees that contribute to pollination during the flowering of the grapes, and sheep that graze among the vineyards and fertilise them naturally after the grape harvest. Meanwhile, it harnesses rainwater rather than using automated irrigation systems to feed its vine stocks. Last but not least, it uses special mixes of herbs, minerals and manure to boost the fertility of its vines and control pests without harming the biodiversity of the estate. Does that spark your interest? The winery is located in Pacs del Penedès and regularly organises sessions to explain the benefits of biodynamic cultivation. Find out more!

5. Be a winemaker for a day

The founding mission of the Pla de Morei winery is to preserve, respect and restore the setting in which its owners have lived for generations: the Mas Rossinyol farmhouse, located in the town of La Torre de Claramunt, in the Anoia region. This is a rich, fertile area where you can go on the trail of the barraques (stone vineyard huts, used for the storage of agricultural tools), savour flavours in a paring of local wines and cheeses, or enjoy a picnic among the vines. Would you rather learn how to make your own organic wine? Book a place in a workshop and become a winemaker, even if only for a day.

Are you interested in Catalan modernist architecture as well as sustainable winemaking? The Alella Vinícola winery was designed in 1906 by the architect Jeroni Martorell, a disciple of Antoni Gaudí. So if you fancy it, you could combine a stroll among organic vineyards next to the sea with a guided tour of a winery that’s over a century old, just 20 kilometres from Barcelona. The chance to taste one of the best organic wines in the D.O. Alella area is sure to leave a good taste in your mouth.

The area of the D.O. Pla de Bages is home to one of the best-known organic wineries in the regions of Barcelona: Heretat Oller del Mas. The estate is set in a fabulous spot, right next to Montserrat and the Sant Llorenç de Munt i l’Obac Natural Park. Here, noble varieties such as merlot, syrah, cabernet franc and cabernet sauvignon are cultivated alongside local and traditional varieties. Oller del Mas is extremely keen to preserve the identity of a unique terroir and strives so hard to protect the environment that its carbon emissions are the lowest in Catalonia and the third-lowest in the world. Would you like to taste its wines? No problem! Take a seat on the terrace of the Heredat restaurant and you’ll be able to savour some superb local cuisine and raise a toast while enjoying views of the magic mountain.