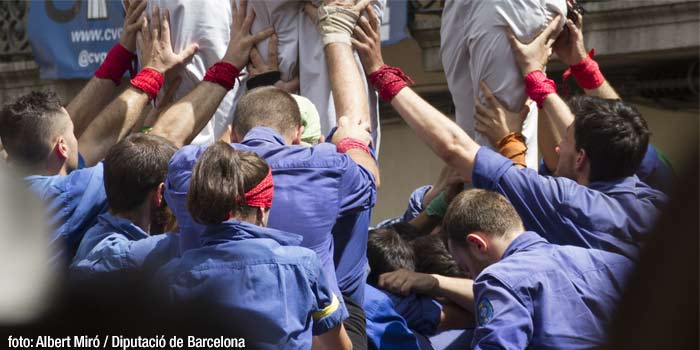 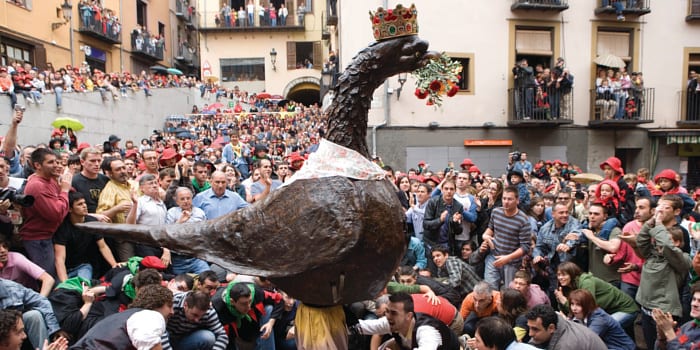 The Patum of Berga 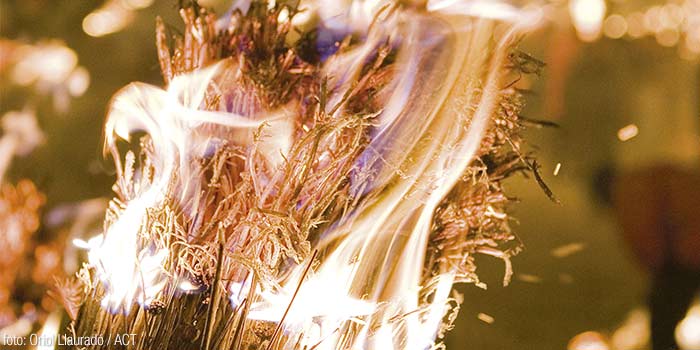 If you think you need to travel beyond the regions of Barcelona to enjoy ancient and meaningful cultural spectacles, then you haven’t experienced the atmosphere of human tower-building performance from the front row, you haven’t leapt up and down during the Patum festivities in Plaça de Sant Pere in Berga, and you haven’t seen the night-time descent of the falles (torches) in Berguedà. If you had, you’d understand why UNESCO has included these essential ancient traditions in its List of Intangible Cultural Heritage of Humanity and, above all, you’d make a date in your diary to make sure you don’t miss them!

Unesco also included the Patum of Berga to its exclusive list of intangible masterpieces. The UN agency believes that it is vital to preserve for posterity a festival whose origin is to be found in the theatrical performances that used to accompany the Corpus Christi processions of the Middle Ages, in which fire, music and a variety of effigies were the main protagonists. Watching the demons and beasts dancing to the fast pace of the drums is such an impressive sight that it is not easily forgotten! Find out about the intricate symbolism of the festival on the website of Berga's Casa de la Patum.

Another Unesco-listed festivity that’s all about fire is the lighting of the so-called faies (torches) in Bagà and Sant Julià de Cerdanyola at the start of winter, specifically on Christmas Eve, to celebrate the birth of Jesus. Burning torches are brought down from the mountain and are then used to light other torches in the centre of each town. If you’re in the Berguedà area at this time of year, you really shouldn’t miss the Fia-faia festival. You’ll be taking part in an ancient celebration in which fire is an essential ingredient!